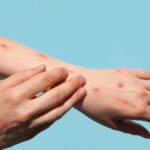 (NaturalHealth365)  Can you imagine a dystopian world in which zoonotic viruses are used to conceal problems resulting from vaxing people against highly survivable communicable diseases?  Take a moment to consider a world where such injections are necessary for employment, education, and other social participation.  It appears as though this dystopian reality has quickly become the world we live in.  New evidence makes it appear as though monkeypox is a cover-up for immune deficiency syndrome resulting from the jab.

If the evidence proves accurate, the histrionics concerning monkeypox are unjustified as this isn’t the first monkeypox virus to spread across first-world nations.  Rather, it appears as though we are viewing a cover-up of damage inflicted on the immune systems of those who were provided with the coronavirus vax.  This damage may be extensive to the point that it resembles Acquired Immunodeficiency Syndrome.

What are the origins of the monkeypox virus?

Rewind to the 1970s, and monkeypox was a big deal as this was the point in time when the virus was first identified in human beings.  The virus was initially identified in people in the Democratic Republic of the Congo.  Since then, human cases of monkeypox have been reported in nearly a dozen African nations.

In reality, monkeypox disease is incredibly rare, has rarely been seen outside of Africa, and indeed never appeared in multiple countries outside of Africa simultaneously.  This time around, however, we are told of new monkeypox cases in the United States, Europe, Canada, and elsewhere all in unison.

The symptoms of monkeypox are similar to those of herpes.  However, perhaps what is most shocking is that herpes is considered a documented COVID shot adverse event by Pfizer.  Though this revelation was made public in the documents published by the FDA earlier this year, the mainstream media didn’t give it much credence.

It is becoming increasingly clear that the symptoms of the COVID-19 jab manifest in a form similar to those of monkeypox and herpes, prompting concerned individuals to obtain the monkeypox vaccination when the truth is it is the jab itself that is the root cause of the problems.

Here is how the COVID shot affects the immune system

Turn on the nightly news, and you’ll hear word of variant-specific boosters.  The federal government now suggests that Americans receive separate booster shots specific to each unique coronavirus variant.  Furthermore, these variant-specific booster shots are in addition to the initial two boosters provided in previous months.  Add up all the coronavirus shots by the end of the year, and the total might be in the double digits.  It is only fair to question whether such a litany of shots will negatively impact the human immune system.

Regardless of the supposed vax mechanism of action, one need not look any further than the data about coronavirus deaths based on vax status to realize that immune deficiency syndrome acquired through the vax has the potential to cause the activation of inactive herpes.

Stay tuned as more details about the possible links between the coronavirus jab and other health problems are revealed in the months ahead.

(NaturalHealth365)  The telecommunications industry has rolled out 5G connectivity quite inconspicuously.  The END_OF_DOCUMENT_TOKEN_TO_BE_REPLACED