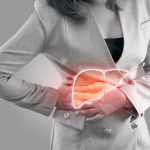 (NaturalHealth365) Each year, an alarming 56,000 people require treatment in the ER for acetaminophen overdose – and over 26,000 of them are hospitalized.  The “gold standard” antidote for acetaminophen toxicity (the number one cause of liver failure in the United States, by the way) is n-acetyl cysteine, also known as NAC.  But, there’s much more to know about this amazing substance.

First of all, it’s no secret that n-acetyl cysteine – a supplemental form of the amino acid cysteine – has powerful detoxifying properties.  A new review published in Antioxidants highlights the potential of this natural supplement to protect the liver and help preserve the health of the brain and lungs.  Let’s look at some of the mechanisms behind NAC’s therapeutic effects and the surprising ways in which n-acetyl cysteine benefits some common conditions.

Nonalcoholic fatty liver disease, or NAFLD, involves harmful fat deposits in the liver.  While this condition can be mild, it sometimes progresses to nonalcoholic steatohepatitis (NASH), a more severe form of the disease.  This can in turn lead to liver cirrhosis, liver cancer, and even death.  As the national incidence of NAFLD continues to climb, researchers point to the encouraging ability of NAC to support a healthy liver.

Animal studies have shown that NAC can interfere with liver fat accumulation and enhance the function of liver enzymes through its antioxidant and anti-inflammatory effects.  In addition, NAC supplementation also raises levels of glutathione – the indispensable enzyme responsible for fighting oxidative stress and neutralizing toxins.  (In fact, the body converts NAC to the amino acid cysteine, which is one of the major “building blocks” needed to produce glutathione in the first place).

While more human studies are needed, recent research has suggested that 1000 mg of NAC a day significantly improves the function of liver enzymes and lowers levels of inflammatory markers, such as C-reactive protein and malondialdehyde.  The researchers concluded that “overwhelming evidence” supports the beneficial effects of NAC to support a healthy liver.

While the amino acid glutamate is needed for normal brain function, it is also classified as an excitatory neurotransmitter – meaning that it stimulates the cells of the nervous system.  When present in excessive amounts, glutamate depletes much-needed glutathione, over-stimulating brain cells and triggering neuroinflammation and even brain damage.  (It’s no surprise that excessive glutamate is believed to be associated with autism, ADHD, anxiety disorders, substance abuse, depression, and schizophrenia).

By regulating glutamate levels in the brain, NAC may help decrease feelings of sadness and slow cognitive decline.  In a 2017 review published in Neuroscience and Biobehavioral Review, authors noted that while studies were limited, NAC seemed to be particularly helpful in improving participants’ cognitive abilities.  Combining NAC with vitamin E, various B vitamins, S-adenosyl methionine, and acetyl-L carnitine was particularly beneficial.

Chronic obstructive pulmonary disease, or COPD, is characterized by chronic inflammation and airway obstruction, making breathing difficult.  Studies have shown that NAC can restore intracellular glutathione that has been decreased by oxidative stress and inflammation.

Of course, as they say, the proof is in the pudding.  In one 10-day study, taking 1,200 mg of NAC daily helped contribute to the “normalization of inflammatory markers.”

You can boost your dietary intake of cysteine with cage-free (pasture raised) poultry, eggs and dairy products such as, raw milk.  Good sources for vegans include organic sunflower seeds and legumes.  It should be noted: the production of cysteine also depends on having sufficient levels of B vitamins, such as B6, B9, and B12.  You can get these through lentils, beans, bananas, wild-caught salmon, and tuna.

However, NAC supplementation may be necessary to help maintain optimal cysteine levels.  Natural healers typically advise 600 mg to 1,200 mg of NAC a day, but as always, check with your integrative doctor before supplementing.

Finally, you ought to know, low levels of NAC contribute to the risk of a glutathione deficiency – the body’s “master antioxidant” – which can lead to oxidative stress and a host of serious health issues.  Ultimately, by replenishing and restoring this all-important compound, n-acetyl cysteine certainly “does its bit” to support effective detoxification and overall wellbeing.

(NaturalHealth365)  Over the course of an average lifetime, the human heart beats END_OF_DOCUMENT_TOKEN_TO_BE_REPLACED