Study authors claim “SARS-CoV-2 has never been isolated or purified,” question if it even exists 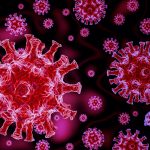 (NaturalHealth365)  Is the push for the COVID shot (and “no-end-in-sight” booster campaign) nothing more than a Big Pharma cash-grab and a highly orchestrated plan by a group of global bad actors?  Questions like this will earn someone the label “conspiracy theorist,” but we should remember this same label was applied to anyone who asked about the possible lab leak theory, which is now no longer off the table for discussion.

And how’s this for another (and much more radical) question: Is there a single piece of evidence or single scientific study that can prove beyond a shadow of a doubt that SARS-CoV-2, the virus that causes COVID-19, actually exists?  A group of authors posed this very question in an August 2021 article published by Global Research of the Centre for Research Globalization.

This article will make you raise your eyebrows

The authors of this piece are not without controversy and are almost universally demonized by the mainstream media.  But, the fact is, there are many physicians – asking intelligent questions and try to help.  Yet, the media is not interested.

In terms of questions the existence of SARS-CoV-2, Sally Fallon Morell is the founder and president of the Weston A. Price Foundation.  Dr. Thomas Cowan, who has written several books, including Vaccines, Autoimmunity, and the Changing Nature of Childhood Illness, is no longer practicing medicine in California after he recently surrendered his license to the state’s medical board.  And psychiatrist Dr. Andrew Kaufman has been accused of making “outrageous claims” over the years – including his most recent stance that the novel coronavirus is not a virus at all, but instead, according to a McGill article about the controversial doctor, “an exosome, a natural transport vehicle made by our cells.”

The three teamed up in an August 11, 2021 article questioning the entire paradigm of the novel coronavirus and COVID-19.

Here’s a summary of some of their main points and claims:

The authors go on to outline the specific steps that would be necessary to properly isolate and identify a virus, then claim that “none of these steps has even been attempted with the SARS-CoV-2 virus, nor have all these steps been successfully performed for any so-called pathogenic virus.  Our research indicates that a single study showing these steps does not exist in the medical literature.”

For most people: these are surprising claims.  But, as a reader, what do you think?

Morrell, Cowan, and Kaufman encourage readers to help “stop this terrible fraud that humanity is confronting” by critically analyzing any scientific paper suggesting the novel coronavirus has been properly isolated.

The trio says that if researchers used culture methods in their research, including the common culture cell lineage known as Vero cells (which were derived from kidney epithelial cells of an African green monkey), then their “process was not isolation.”

Morrell, Cowan, and Kaufman also question what they call two common “excuses” made by researchers who fail to properly isolate SARS-CoV-2: either that there were not enough viral particles in patient samples to analyze, or that viruses are intracellular parasites and “can’t be found outside the cell in this manner.”

But if the former excuse is correct, Morrell, Cowan, and Kaufman ask, “and we can’t find the virus in the sputum of sick people, then on what evidence do we think the virus is dangerous or even lethal?” And if the latter is true, “then how is the virus spread from person to person?  We are told it emerges from the cell to infect others.  Then why isn’t it possible to find it?”

Although the idea that SARS-CoV-2 is not proven to exist – or even that viruses do not cause disease – may sound radical, these study authors make several valid points that are worth exploring.  Perhaps the strongest indicator that these experts are onto something is that their paper is ruffling plenty of feathers, especially aggravating those pushing the “official” narrative.

To learn more, listen to Andrew Kaufman, MD as he was interviewed by the creator of NaturalHealth365, Jonathan Landsman below:

CDC openly admits original PCR tests are not reliable, after using them to drive pandemic fear

(NaturalHealth365)  Are the U.S. government and mainstream media changing the goalposts again?  END_OF_DOCUMENT_TOKEN_TO_BE_REPLACED

(NaturalHealth365)  For the first time in history, a person in the United END_OF_DOCUMENT_TOKEN_TO_BE_REPLACED