Are the COVID-19 mRNA jabs causing a cancer epidemic? 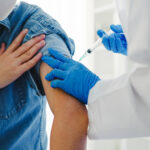 (NaturalHealth365)  Could different types of cancer be future side effects of these heavily propagandized COVID-19 injections?  Are we about to see a wave of new cancer diagnoses within the next decade?

We recently discussed how some doctors believe rising cancer rates could be linked to gene-based COVID jabs.  Now, a new analysis published by The Daily Exposé offers yet another perspective on this concerning trend.

Do COVID injections cause cancer?  This data analysis offers compelling and concerning evidence

A simple way to think about cancer is “cell growth gone out of control.” DNA damage, which occurs due to the cumulative effects of everything from aging to stress to unhealthy lifestyle choices, is a key trigger of this uncontrolled cellular growth.  And one of the most valuable ways our bodies can prevent this DNA damage is through a mechanism known as the homologous recombination DNA repair pathway.  Here’s why this has profound implications for COVID jabs and cancer:

It has been shown recently that the SARS-CoV-2 spike protein effectively destroys this DNA repair process in white blood cells known as lymphocytes.  “The viral spike protein was so toxic to this pathway that it knocked 90% of it out,” Joel Smalley of The Exposé writes, adding that the entire spike protein found in the body after a natural infection is unlikely to get into a cell nucleus and hang around long enough to cause cancer.

“Unfortunately,” he continues (emphasis his), “the experimental mRNA toxshot induces spike protein to be produced … in and around the cell nucleus and is produced for at least 60 days and almost certainly longer,” citing multiple scientific sources in his claim, including a 2021 study from Sweden by authors Hui Jiang and Ya-Fang Mei.

It is important to note that the Mei and Jiang study has since been retracted due to so-called spurious “expressions of concern.” But despite this retraction (which was allegedly spearheaded by individuals with obvious conflicts of interest, such as an association with the National Institutes of Health, a major funder of Moderna), Smalley claims that “the [vax-induced] spike protein circulating in large quantities, in the direct vicinity of the cell nucleus, for elongated periods of time, still has the potential to induce cancer in [ovary, pancreas, breast, prostate, and lymph node] cells.  These cancers can take years to develop, and so it’s possible that we don’t see much of a safety signal for 5 or 10 years.”

As for the common counterclaim from mainstream vax advocates who say that the vax-induced spike protein doesn’t get into the cell nucleus, Smalley says mRNA creators submitted pictures of spike proteins getting into cell nuclei “as part of their emergency use application,” so the claim doesn’t seem to hold weight.

Jabbed or not, you can protect your health by knowing these early warning signs of cancer

That said, you should consult with a trusted healthcare provider if you notice any of the following issues in yourself or a loved one, as they can be early warning signs of cancer, according to the American Cancer Society:

In addition to being aware of any unusual signs and symptoms – and never feeling “bad” or worried about “overreacting” by talking to a trusted doctor about these symptoms – it may also help to be aware of your individual cancer risk factors.  These include family history and environmental factors such as diet, weight, toxin exposure, and smoking history.

As with most health conditions, the earlier you get an accurate diagnosis, then the better your chances of a good outcome, at least in most cases.  So, don’t be afraid of what you don’t know, and trust that you can take responsibility for your health by taking a proactive approach to your well-being.

(NaturalHealth365)  The Wall Street Journal (WSJ), an organization that reports the news, END_OF_DOCUMENT_TOKEN_TO_BE_REPLACED