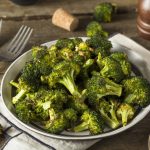 (NaturalHealth365) For almost three decades, forward-thinking scientists have been investigating the potential of sulforaphane – found in cruciferous vegetables such as broccoli and Brussels sprouts – to combat cancer.  In a new review published in Frontiers in Nutrition, the authors evaluated sulforaphane research while shedding light on the multiple mechanisms through which this potent natural compound targets cancer cells.

Yet, despite very promising results, the team noted there has been a delay in Western medicine’s acceptance of the therapeutic potential of sulforaphane.  Why are conventional oncologists “dragging their feet” on this?!

Let’s see what the research reveals.

Cell and animal studies have shown that sulforaphane has anticancer effects, with the ability to cause apoptosis, or pre-programmed “suicide,” in cancer cells.  Sulforaphane has also been shown to inhibit the ability of cancer to invade other cells and to slow the progression of lesions into malignant tumors.  (As it turns out, sulforaphane has the capacity to inhibit angiogenesis, the formation of new blood vessels carrying oxygen and nutrients to tumors).

Hope against a lethal disease: Sulforaphane in broccoli inhibits triple-negative breast cancer cells, while potentially setting the stage for treatment

Triple-negative breast cancer is among the deadliest of all breast cancers – and there are currently no effective therapies.  However, researchers say that sulforaphane works against the signaling pathways needed for the development and metastasis of this type of cancer.  A 2019 study published in Cancer Prevention Research revealed that sulforaphane suppressed the growth and tumorsphere formation of triple-negative breast cancer stem cells, both in vitro (in test tubes) and in vivo (in living creatures).

One of the reasons for the virulence of triple-negative breast cancers is that the cells don’t have the receptors that allow effective treatments to be given.  But, a meta-analysis of studies found that sulforaphane – along with epigallocatechin gallate, a flavonoid found in green tea – restored estrogen  receptors in triple-negative breast cancer cells, thereby potentially “opening the door” for treatment!

And, the encouraging research is not limited to breast cancer.  In a study published in Oncotarget – Peer-Reviewed Oncology and Cancer Research, scientists found that sulforaphane significantly inhibited thyroid cancer cell proliferation as well – leading them to label it a “potentially effective antitumor agent.“

In the Frontiers of Nutrition review, the authors discussed the delay in sulforaphane’s acceptance as a cancer treatment – along with the delay in the acceptance of cruciferous vegetables as a preventive, and possibly therapeutic, intervention.  Until the beginning of the 21st century, pure sulforaphane – which was used in many of the studies – was considered a drug by the Food and Drug Administration, meaning trials had to be strictly regulated.

In addition, while sulforaphane had obvious anticancer effects, it was difficult for researchers to “tease out” exactly which other nutrients in cruciferous vegetables (such as flavonoids, anthocyanins, carotenoids, fiber, vitamins, and minerals) might be acting against cancer as well.  As if that doesn’t make the research tricky enough, cruciferous vegetables contain varying amounts of glucoraphanin and other anticancer constituents – depending on the species, temperature, time of harvest, light, and soil.

Calling the current therapeutic use of plant compounds “woefully inadequate,” the team suggested supporting health and preventing disease through the promotion and marketing of “healthy diets rich in fresh fruits and vegetables.”  They also called for more research to explore the effects of sulforaphane.

Three decades of research have illustrated the cancer-fighting abilities of sulforaphane.  However, experts point out that you can’t just “pop a pill” of this compound – as stomach acids would quickly destroy it.  So, how do we get this precious anticancer molecule into our bodies?

Researchers say this requires the use of a “precursor” known as glucoraphanin, which is converted to sulforaphane in the digestive tract.  And, one more “player”- an enzyme known as myrosinase – is needed.  This natural plant chemical activates sulforaphane upon being ripped, cut, or chewed.

While mature broccoli lack sulforaphane-boosting power, fresh, raw broccoli sprouts possess a much greater ability than mature florets to boost blood levels.  (We’re talking 10 to 100 times more!)  But: food-borne pathogens are sometimes found in broccoli sprouts, causing many natural health experts to warn that they require extensive decontamination before they can be eaten.

Fortunately, supplementary glucoraphanin and myrosinase are available in enteric caplets, which are coated to avoid stomach acids.  Before supplementing, however, consult your integrative doctor or health coach for guidance.  Of course – despite their limitations in raising sulforaphane levels – cruciferous vegetables have consistently been linked with lower cancer rates, as well as with other health benefits.

Eating generous amounts of these vegetables should be part of your daily health routine.

Unfortunately, conventionally-trained nutrition “experts” barely acknowledges the existence of plant chemicals – and physician training includes almost no nutrition education.  The reviewers would clearly like to see this situation change – and called for a complete “reinvention of the country’s healthcare,” with phytochemicals, such as sulforaphane, at the forefront.

Let’s see if anyone is listening.

(NaturalHealth365)  If you experience chronic feelings of malaise and fatigue, a weak END_OF_DOCUMENT_TOKEN_TO_BE_REPLACED

(NaturalHealth365)  As days go by, more and more people come to realize END_OF_DOCUMENT_TOKEN_TO_BE_REPLACED