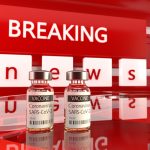 (NaturalHealth365)  Although it may seem distant past, most of us still remember the day the U.S. Food and Drug Administration (FDA) first gave emergency use authorization (EUA) to the Pfizer–BioNTech COVID-19 injection, on December 10th, 2020.  A few days later, Moderna’s injection also received the FDA’s blessing to help end the pandemic.

If you recall, the very moment the jabs got rolled out, the lying media and social media channels were ready to begin bombarding the American population with their non-stop promotional messaging about how “safe and effective” these experimental jabs were.  While some people may say the media’s eagerness to educate the public about the availability of brand new gene therapies is “commendable,” one must wonder about their real incentive behind parroting the official narrative in such a timely fashion.

Was it a mere circumstance or rather a coordinated effort to help the federal government achieve its objective and get shots in arms?  The answer may surprise you.

Thanks to the Freedom Of Information Act (FOIA), it has recently come to light that none of this was by mistake.  It has now been confirmed that the federal government has used taxpayer dollars to fund its COVID-19 promotional campaign through various channels, including mainstream T.V. and social media outlets.  In fact, the U.S. Department of Health and Human Services (HHS) paid hundreds of American media companies to run ads promoting COVID jabs as part of their media campaign.

The documents obtained by The Blaze through a FOIA request reveal that the federal government “purchased advertising from major news networks including ABC, CBS, and NBC, as well as cable TV news stations Fox News, CNN, and MSNBC.” But that’s not all.  The campaign was truly comprehensive, and money also went to “legacy media publications including the New York Post, the Los Angeles Times, and The Washington Post, digital media companies like BuzzFeed News and Newsmax, and hundreds of local newspapers and TV stations.”

The government and media worked harmoniously to build the public’s confidence in the new jab, making sure medical “experts,” such as Dr. Anthony Fauci, got ample air time to promote the injections in the news.

Lack of transparency: Where the water gets even muddier

While “transparency” is a popular buzzword in advertising ethics, it seems difficult to achieve these days.  Especially regarding the government-funded campaign, media companies did not think it was essential to inform their audiences whether they were exposing them to factual information or pure propaganda through their reporting.

You see, to remain transparent, promotional messaging should always be differentiated from editorial content, both online and offline.  Mainstream media companies are all aware of this ethical obligation, yet, they failed to disclose the funding they received to create their “news stories,” which were clearly biased and intended to reinforce the official narrative.

If you visit the official COVID-19 Public Education Campaign website (see link below), it quickly becomes apparent that the site fails miserably at accomplishing one of its stated goals, which is to “help the public make informed decisions about their health and COVID-19.”  It takes only a few minutes of browsing the site to realize the main goal is to convince people to take the shot.

On the website, HHS openly admits using “both paid advertising and media interviews, presentations, radio/TV tours, and other public events” to educate Americans about the importance of taking the jab.

So the question is, can you rely on so-called health authorities to educate you about an experimental medical product when they openly admit that their ultimate goal is to get you to accept taking that very product?  How can you expect to receive unbiased information based on real science to help you make a truly informed decision about your health?

If you are still on the fence, here is a perfect example of government propaganda messaging delivered by a so-called health expert, likely paid for by taxpayer dollars.  In this video, Amy Edwards, MD, Pediatric Infectious Disease Doctor, talks about the ingredients in the COVID-19 injection for children.  Listen to her words carefully:

Contrast that with the information on the fact sheet for the Pfizer–BioNTech COVID-19 injection for 5-11 years of age:

Much more intimidating, isn’t it?  If parents were told the truth about the messenger RNA, the role of the lipids, and the real reason Pfizer made tromethamine – a drug indicated for the prevention and correction of metabolic acidosis that may occur as a consequence of cardiac arrest and other cardiac issues – an ingredient of its pediatric formulation, parents may not be so eager to get their kids lined up for the jab.

Could it be that Dr. Edwards’s message was intended to give parents the false sense of security that getting their children injected was no big deal, considering that the shot consisted only of compounds “naturally occurring in our cells,” – at least according to Dr. Edwards?

What do you think?  Shouldn’t media companies disclose when advertising funds are used to create their news stories?

(NaturalHealth365)  First, it was menstrual problems, and now, it’s current and future END_OF_DOCUMENT_TOKEN_TO_BE_REPLACED