Do you want toothache relief? Discover 6 natural remedies for healthier teeth and gums 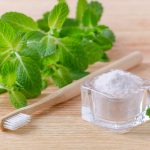 (NaturalHealth365) As anyone who has had a severe, sudden toothache can attest – dental pain is no joke.  Whether aching, stinging, throbbing or twanging, a nagging toothache can wreck your concentration, ruin your mood, and rob you of sleep and rest.  Not to mention, the misery always seems to strike at the most inopportune times – such as nights and weekends.

So, your first order of business with a severe toothache, of course, is to call your dentist and schedule an emergency appointment.  Hopefully, it’s a biological or holistic dentist.  But, before you get there…

The natural suggestions below are not meant to be toothache treatments, per se – but research supports their ability to offer temporary pain relief and combat infections, thereby helping to “hold you over” until you can get to the office of a dental professional.  And, sometimes, the pain will be gone before your next dental visit.

The most common causes of toothache are tooth decay and cavities, which trigger pain by exposing the sensitive nerve inside the tooth. Sinus infections and the loss of fillings can also set the stage for toothaches.

Toothache can also be a symptom of a tooth infection. Also known as a dental abscess, this is a pocket of pus caused by a bacterial infection. Other symptoms of an abscess include fever, swollen lymph nodes under the jaw or neck and facial swelling.

Dental abscesses require professional treatment from a dentist, as they can lead to serious and even deadly complications.  To state the obvious: If your symptoms include any difficulty in breathing or swallowing, you should call 911 immediately.

But, for more “run of the mill” toothaches, the following herbal and natural treatments may help.

The odds are good that you will be able to assemble this simple remedy at your own kitchen sink.  Merely dissolve half a teaspoon of salt in a cup of warm water, then swish the solution around in your mouth for 30 seconds before spitting it out.

Scientists say that this time-honored home remedy can balance the pH of your mouth in a way that discourages the growth of bacteria.  In addition, studies have shown that this treatment helps to lower bacterial counts in saliva.

Not only does salt have natural antibiotic effects, but the swishing action with the warm water may help loosen and remove food particles stuck between the teeth – which could be exacerbating the pain. (Popcorn hulls are a common culprit, by the way).

If a saltwater gargle still strikes you as an “old-timey” home remedy of questionable value, check this out: A study published in International Journal of Preventive Medicine found that saltwater gargles were even more effective than flu vaccinations in preventing participants from being reinfected with colds, the flu, strep throat and mononucleosis! (Not bad for a safe, drug-free remedy that costs only pennies on the dollar!)

Gargling with food grade hydrogen peroxide 3 percent that has been diluted half and half with water has long been a trusted remedy for toothache pain, and a way to inhibit bacteria that cause dental infections and toothaches. As with the saltwater rinse, you should swish the mixture in your mouth for 30 seconds, then spit it out. (Do not swallow any of the solution).

In one relatively recent review published in Journal of the International Society of Preventive Community Dentistry, scientists noted that rinsing with a hydrogen peroxide mouthwash helped reduce dental plaque, and even decreased symptoms of periodontitis – a gum infection that can cause sensitivity, pain, loss of teeth and bleeding gums.

Many biological dentists regard eugenol, the active constituent in clove oil, as the “heavyweight” of natural toothache relief.  Eugenol is antioxidant, anti-inflammatory, antibacterial and analgesic, which means it has significant numbing and pain-killing effects.

One trial showed that people who applied eugenol to their gums after having a tooth extracted had less pain and inflammation during healing. The scientists also reported that eugenol outperformed chlorhexidine (the pharmaceutical “gold standard” of gingivitis treatments) in preventing post-extraction alveolar osteitis, a painful condition known as “dry socket.”

To use, simply dilute a few drops of essential oil of cloves in a half teaspoon of olive oil, soak a cotton ball, and hold firmly against the painful tooth.

In a pinch, a clove bud from the spice rack can even offer relief. Gently suck on the bud, while allowing it to rest near the painful tooth. If the bud’s spiky shape and hard texture make this uncomfortable, you can soak ground cloves in water to form a paste that can be applied to the tooth.

Check first with your integrative physician before trying clove oil for toothache relief.

Combat toothaches with the calming, comforting effects of chamomile

Many natural healers recommend treating toothaches with a chamomile poultice, which is easily constructed by putting a chamomile teabag in boiling water, cooling it down, and placing it directly on the affected tooth.  Like other natural remedies, chamomile has the proper “anti’s” for treating infection and pain: it is antibacterial, antifungal, antiviral, antioxidant and anti-inflammatory.

The delicate, flowery flavor is also soothing to a traumatized palate, mouth or gums – and this remedy is gentle enough to be used as needed.  If tooth pain has you stressed, you might want to brew yourself a cup of chamomile tea and drink it for its mild anti-anxiety and sedative effects.

And, just in case you’re fresh out of chamomile tea, peppermint teabags make good alternate compresses.  Peppermint contains the volatile oils menthol and menthone, which have numbing and cooling effects.

Peppermint also contains the potent antioxidants limonene – also found in the rinds of citrus fruits – and 1,8-cineole, which occurs in cinnamon, ginger and rosemary as well. These antioxidants can help reduce oxidative damage to tissues and cells.

Myrrh, botanically known as Commiphora myrrha, has been used in Ayurvedic healing systems and traditional Chinese medicine for many centuries.  In fact, contemporary studies support this ancient remedy’s astringent, anti-inflammatory and antimicrobial effects.

To use myrrh as an antibacterial mouthwash, simmer one tablespoon of powdered myrrh in two cups of water for half an hour, then strain and cool. The mixture, which should be swished around in your mouth and then spit out, can be used up to five times a day.

You can also obtain myrrh as a tincture, add a few drops of it to water and apply to the affected area with a cotton ball.  Myrrh is not for prolonged use.  But, before using myrrh for a toothache, consult with your biological dentist, if you have questions.

This common-sense, low-tech method can put toothaches “on ice”

Finally, a combination of a cold compress and elevation may offer relief.

Place one or two pillows under your head to elevate it, then position a bag of ice wrapped in a towel over the affected area for 15 to 20 minutes. Experts say this can help to constrict the blood vessels in the area, and may help ease that rhythmic, maddening “throb” of pain.

Naturally, the more the head is elevated – the less painful “pooling” of blood will take place.

No doubt, while having a toothache is never pleasant, it is a sign that we need to take better care of our teeth and gums.  Thankfully, there are a variety of common-sense, natural interventions that can go a long way towards making it more bearable.

Here’s hoping that one or more of these time-honored techniques can offer you blessed toothache relief.

(NaturalHealth365)  Horsetail – a tall, shaggy weed that grows in wetlands and END_OF_DOCUMENT_TOKEN_TO_BE_REPLACED