Want a BETTER immune system? Find out what integrative physicians tout as the “key to success” 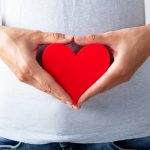 (NaturalHealth365) There is nothing particularly attractive or healthful-sounding about the phrase “gut bacteria.”  In fact, one could say it sounds fairly unappealing! (Unless you understood what we’ll tell you today.)

In truth, gut bacteria – the thriving community composed of trillions of microbes in the digestive tract – just might be the best friend your body never knew it had.

Also known as the gut microbiome and the gut flora, this collection of bacteria, viruses, and fungi plays an essential role in regulating digestion, brain function, and mood – and even helps to sustain life itself.  Now, a new study shows the amazing extent to which gut bacteria influence the immune system – and even gives rise to hopes that the microbiome could facilitate the success of bone marrow transplants in patients with lethal cancers of the blood.

Beneficial gut bacteria can do wonders for your immune system, new study says

With 70 percent of the immune system located in the gut, it’s not surprising that the microbiome plays a significant role in immune defense. Studies have shown that gut bacteria actually stimulate the immune system by activating disease-fighting immune cells.

But, there’s even more to this story than you can imagine…

Researchers at Memorial Sloan Kettering Cancer Center were curious to see if they could manipulate the composition of the gut flora to improve outcomes for patients. Specifically, they wondered if adding beneficial bacteria to the digestive tract could promote recovery after bone marrow transplant performed as a treatment for leukemia and lymphoma.

Because chemotherapy and radiation destroy healthy immune cells as well as cancerous cells, patients are injected with stem cells from a donor’s blood or bone marrow, which eventually allow the patients to produce their own blood cells again. Patients are given antibiotics to protect against infections, but these can destroy “friendly” bacteria along with “bad actors,” causing an overgrowth of dangerous strains.

After introducing three strains of “friendly” gut bacteria (Faecalibacterium, Ruminococcus, and Akkermansia), the researchers evaluated daily changes in the gut bacteria and the number of immune cells in the blood to see if recovery of the immune system was enhanced.

Good news: Can you guess what they discovered?

The beneficial bacteria were associated with higher blood concentrations of immune cells called neutrophils, which are the first line of defense against invading pathogens.  The team also noted that lower concentrations of all-important neutrophils occurred in conjunction with the presence of a pair of undesirable bacteria – Rothia and Clostridium.

The scientists speculated that controlling the gut bacteria could lead to ways to make bone marrow transplants safer – and improve treatments for immune-mediated and inflammatory diseases.

The more researchers study the gut microbiome, the more they reveal its life-sustaining capacities.  In fact, scientists are beginning to regard the gut microbiome as an additional body organ, like the brain or the heart.  This amazing system can contain 1,000 different bacterial species (although most people have only about 160).

In addition to regulating the immune system, the trillions of microbes in the digestive tract promote digestion and produce important hormones, amino acids, and vitamins, including B-complex vitamins and vitamin K.

For example, the gut microbiome can help reduce or prevent obesity.  In a Cornell University study, scientists found that a certain genetically-determined “fat-burning” bacteria is more common in people with low body weight. Interestingly, introducing the bacteria to the guts of mice caused them to gain less weight.

In addition, gut bacteria produce 80 percent of the brain’s neurotransmitters, the “chemical messengers” that help regulate memory, learning, and even emotions.  It is also responsible for producing a whopping 95 percent of serotonin – a hormone needed for stable mood and restful sleep.

Ideally, the gut microbiome features a “big tent.”  In other words, the more species involved – the merrier.  Researchers have noted that loss of diversity is often accompanied by the domination of a single type of bacteria – and this is usually “bad news.”

Lack of diversity and imbalance – also known as dysbiosis – are linked with a wide range of disorders, including Parkinson’s disease, inflammatory bowel disease, obesity, depression, diabetes, and heart disease.

Certain undesirable combinations have predictable consequences, with scientists reporting that low amounts of “friendly” Bifidobacterium and higher levels of Candida albicans are linked to eczema, asthma, and allergies.

And, in research published in the New England Journal of Medicine, investigators found that having greater diversity in gut bacteria is linked with a better chance of survival after a stem cell transplant.

So how do you keep the microbiome healthy and balanced?

Prebiotics – non-digestible carbohydrates that provide fuel for beneficial bacteria – are another way to encourage microbial balance. Prebiotic foods include asparagus, banana, chicory, garlic, onions, and whole grains.  Just remember, when it comes to food choices, pick “organic” – as much as possible.

In addition, a 2014 study published in Psychopharmacology, researchers found that prebiotics can help reduce stress and anxiety.  Naturally, health experts advise staying away from refined sugars and artificial sweeteners, as both can cause dysbiosis.

Aspartame, in particular, increases the number of bacterial strains that are associated with metabolic syndrome – a cluster of unhealthy conditions that includes high blood sugar, insulin resistance, obesity, and high blood pressure. In other words, metabolic syndrome acts as a “launchpad” for diabetes and heart disease.  Needless to say, the natural sweetener stevia is a better choice.

Managing stress, sleeping well, and a good amount of exercise can help support the microbiome as well.

Finally, it’s worth mentioning to avoid unnecessary or excessive use of antibiotics.  These drugs can effectively “knock out” strains of beneficial gut bacteria – and the problem may continue for months, long after the course of antibiotics is over.

As you know, integrative healthcare providers have long emphasized the importance of the gut microbiome for general health.  As this new study suggests, it may also help combat some of the most challenging and formidable diseases of our time.

Discover how to harness your hunger hormone to lose weight

(NaturalHealth365) How many women get PMS?  More than you might think.  According END_OF_DOCUMENT_TOKEN_TO_BE_REPLACED

(NaturalHealth365) Migraine headaches can be severely debilitating, and those of us who END_OF_DOCUMENT_TOKEN_TO_BE_REPLACED