EXPOSED: Living near a toxic waste site can take a year off your life, according to new study 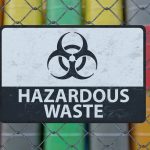 (NaturalHealth365) From sea to shining sea, America is riddled with industrial wastelands.  Manufacturing plants, ship channels, abandoned mines, smelters, landfills, illicit dumps – all of these places fall under an umbrella term: Superfund sites.  There are more than 1,300 Superfund sites in the U.S., toxic wastelands so contaminated with hazardous waste and toxic chemicals that the federal government has designated them a national priority to clean up.

But what is it like to actually live near one of these contaminated sites?  According to a new, first-of-its-kind study published in Nature Communications, living in a zip code in close proximity to a Superfund site may decrease life expectancy by up to a year.  Worse still, the dangers posed by the nation’s industrial wastelands can be amplified by other natural disasters, including hurricanes, flooding, and sea-level rise.

Super disaster: No Superfund site will ever fully be reclaimed or returned to its original condition

The government’s Superfund program to clean up toxic wastelands in the U.S. began in 1980.  Love Canal, the nation’s first and most famous Superfund site, was an industrial dump in a neighborhood in Niagara Falls, New York.

The Hooker Chemical Company buried over 22,000 tons of toxic waste in a 70-acre landfill in Love Canal, causing illnesses, miscarriages, birth defects, and death among the area’s residents.  It took over 21 years to “clean up” Love Canal.

But here’s the thing about Superfund sites.  Just because a site is added to the list doesn’t mean residents who live nearby are free from pollution or toxic chemicals.  While the federal government might relocate residents – at least temporarily – out of particularly contaminated and dangerous areas, even after a site is designated clean or “remediated,” chemicals and pollution can still linger in the groundwater and surface water, damaging human health and causing developmental disabilities, especially in children, pregnant women, and the elderly.

According to the Government Accountability Office, 60% of Superfund sites are at high risk due to hurricanes, flooding, sea rise, worsening wildfires, and other natural disasters

The study in Nature Communications uses Hurricane Harvey in 2017 as an example of a natural disaster that made Texas’s Superfund sites more vulnerable to toxic exposure.  For example, the 50-mile-long Houston Ship Channel – the main artery of the region’s petrochemical industry – was hit particularly hard with flooding, and the study’s authors found that neighborhoods adjacent to known hazardous sites seemed to have a lower life expectancy.

And it’s not just hurricanes that pose a threat, either.  According to a report from the Union of Concerned Scientists, more than 200 current and potential Superfund sites in Pennsylvania and New Jersey are at risk of flooding in the next 20 years due to sea-level rise.

It’s not enough to just “clean up” a Superfund site.  These places need to be hardened against natural disasters, too.  The EPA must warn the public and take action.  Of course, once a place has been polluted with hazardous waste and toxic chemicals, is it ever really safe to go home?

Bottom line: if you’re living near one of these places, it’s time to move … because it’s not just the length (but the quality) of your life that matters most.

(NaturalHealth365)  Since the late 1980s, the number of petitions filed with the END_OF_DOCUMENT_TOKEN_TO_BE_REPLACED

(NaturalHealth365)  One of the big talking points of mainstream media, MD influencers, END_OF_DOCUMENT_TOKEN_TO_BE_REPLACED

(NaturalHealth365)  Are we surprised at this point?  Breaking news from the U.S. END_OF_DOCUMENT_TOKEN_TO_BE_REPLACED