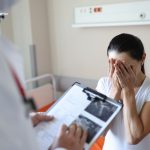 (NaturalHealth365)  Sections 8.1 and 13.1 of the drug insert for Pfizer’s FDA-approved COVID shot, COMIRNATY, feature several concerning statements: “Available data on COMIRNATY administered to pregnant women are insufficient to inform vaccine-associated risks in pregnancy.”  “COMIRNATY has not been evaluated for the potential to cause carcinogenicity, genotoxicity, or impairment of male fertility.”

Understandably, many professional agencies, including the World Health Organization (WHO), recommended against the COVID shot for pregnant women when the pandemic vax rollout began – a laudable display of necessary caution.  These days, however, nearly all major health and political groups, including the WHO, recommend the COVID shot to virtually all women, whether they are trying to conceive, pregnant, or nursing.

Less than two years into the COVID shot rollout, early data points to a catastrophic rise in young lives lost due to these novel mRNA therapeutics.

As summarized by the website Global Research, the latest data from the U.S. government’s Vaccine Adverse Events Reporting System (VAERS) shows that there have been more than 4,000 cases of American women losing their unborn or infant children shortly after receiving an mRNA COVID shot.  However, keep in mind that VAERS data is historically underreported – so who knows just how many more women out there are suffering recent pregnancy loss or miscarriage without realizing that their recent jab could be to blame.

To put this into perspective, here is a comparison offered by Global Research:

This correlative data suggests a 16,333 percent INCREASE in fetal deaths following COVID shots compared to flu shots.  And even when we compare the rate of reported fetal/infant deaths following ALL FDA-approved jabs in the last 30 years (2,238), the rate of neonatal deaths post-COVID jab (4,023) is still significantly greater, at least according to VAERS.

“[T]he Pfizer COVID-19 vaccine,” Global Research says, “has caused more fetal deaths after being injected into pregnant women than any other vaccine in the history of the United States.”

Unsurprisingly, this Pfizer data has been swiftly “fact-checked” by Reuters and other news outlets, claiming that the interpretation of the data is based on flawed calculations.  In truth, mainstream media outlets will never stop supporting the efforts of Big Pharma over public health concerns.

(NaturalHealth365)  As Big Pharma rolls out one COVID booster after another, a END_OF_DOCUMENT_TOKEN_TO_BE_REPLACED