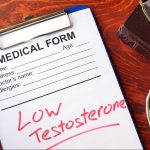 (NaturalHealth365)  In the past decade, there has been a trend toward encouraging men experiencing the effects of lowered testosterone associated with aging (also called “low T”) to undergo testosterone therapy to help offset the effects.  One often ignored question everyone should ask: does this increase the risk of heart attacks?

Yes!  More and more lawsuits are being filed as it becomes clear that these testosterone “treatments,” can lead to grave injuries and complications, including heart attacks.

Millions of prescriptions are written for testosterone in the United States as it is touted as a way to combat muscle loss, decreased libido, and lowered bone density.  However, most men are unaware of the associated risks.  To make matters worse, in many cases, the men undergoing these treatments do not even have low testosterone.

Studies showing these risks and adverse effects prompted the U.S. Food and Drug Administration (FDA) to take action.  And, for the FDA to react, you know it has to be pretty bad.  The FDA released a safety announcement in early 2014 warning consumers of the potential risks of testosterone therapy and that they would be conducting more investigations into the matter.

Two studies, in particular, raised the alarm bells, one published in the Journal of the American Medical Association.  The results showed that testosterone therapy users experienced a two to three times higher chance of a heart attack within the initial 90 days of starting treatment.  In addition, risks were present in men over age 65 and those under 65 that had a history of heart issues.

The studies also indicated that most men who undergo these treatments do not even actually suffer from low testosterone; as many as 43 percent showed normal testosterone levels.  Unfortunately, they were misled by the marketing of these treatments, believing they would offset natural aging effects such as muscle loss, decreased libido, and lowered bone density.  Previous studies found similar results of a higher risk of heart issues in testosterone therapy users under age 65.

Thousands of lawsuits have been filed against companies, including the AbbVie company, which makes AndroGel.  Men across the country have suffered heart attacks, strokes, and mini-strokes after using testosterone products.

While a condition called hypogonadism can lead to low testosterone in some men, the truth is the vast majority of men do not have this issue and receive only the risks – not the benefits – of these treatments.  A number of the pending lawsuits focus on the fact that the companies that created these treatments deceptively marketed them to men with normal testosterone levels while downplaying the serious health risks.

And, let’s face it, when faced with a real case of low testosterone, lifestyle issues must be addressed.  For example, when dealing with hormonal imbalances, it’s good to look at your exposure to plastics, lack of physical activity, EMF pollution, poor dietary choices, and emotional stress issues.

Remember, if you’re suffering from poor energy levels due to low testosterone, seek the help of a qualified, integrative physician.  And, avoid the temptation of thinking there’s a “pill for every ill.”

(NaturalHealth365)  Is the COVID shot necessary for kids?  We know most people END_OF_DOCUMENT_TOKEN_TO_BE_REPLACED

(NaturalHealth365)  As Big Pharma rolls out one COVID booster after another, a END_OF_DOCUMENT_TOKEN_TO_BE_REPLACED