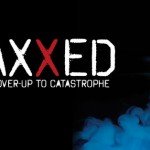 (NaturalHealth365) The censorship continues to grow for the documentary, “Vaxxed: From Cover-up to Catastrophe,” with the online news aggregator and blog site The Huffington Post removing a long-time contributor’s review of the film.  HuffPo  contributor Lance Simmens says he had recently submitted his article only to find it had been removed a short time later. Later, Simmens discovered he could no longer access his account. (so much for ‘freedom of speech’)

Note: As of this article’s publication date: Simmens account has just been restored – but his review of the Movie is still being blocked from publication at The Huffington Post.  Here’s the article called “Why Our Children Should Hate Us.”

In his column, Simmens described the documentary as a “must see” film. He expressed hope it could serve as a catalyst for a national discussion on the role of mandatory vaccines for children as well as the role big pharma plays in government decision making.

Watch this enlightening interview of Lance Simmens – as he describes how his article got censored:

“Vaxxed: From Cover-up to Catastrophe,” exposes the causal relationship between vaccines and alarming increases in autism in children. Produced by Del Bigtree and directed by Dr. Andrew Wakefield, the film was also recently pulled from the Tribeca Film Festival amid backlash likely fueled by ‘friends’ of the pharmaceutical industry.

It now appears as though The Huffington Post has determined it is not interested in exposing the truth behind the pharmaceutical industry’s control over the government and media. This latest move is somewhat surprising given that The Huffington Post has been criticized in the past by several science bloggers and competitors for publishing articles by supporters of alternative medicine and anti-vaccine activists.

It could be the site’s editorial staff is now being pressured not just by the so-called scientific community, but by big pharma itself.

The vaccination controversy continues to be debated, primarily because the conventional medicine community and the government refuse to have a discussion about the scientific and real-life evidence of vaccine dangers. Both sectors are beholden to the corrupt pharmaceutical industry, which has influenced wrongdoing by researchers at the Centers for Disease Control and Prevention (CDC) and threatened the careers of physicians who dare to speak out about the potential harms caused by vaccinations, including the link between the measles-mumps-rubella (MMR) vaccine and autism.

Despite mountains of evidence showing blatant wrongdoing on behalf of the CDC in assuring the public that vaccines are safe and there is no link to autism, individual states like California continue to propose measures mandating the MMR vaccine, forcing parents into decisions they would rather have not made.

While Dr. Wakefield’s research, and that of others who dared speak up, have been discredited and characterized as “quackery,” the government continues to allow vaccine manufacturers to pump unwanted toxins into vaccines – which get injected directly into vulnerable, young children.  Vaccine manufacturer Merck’s own package insert for its MMR vaccine warns that encephalitis is a potential side effect. Autism regression and encephaloymyelitis are both terms used to describe types of chronic brain dysfunction.

Meanwhile, the U.S. government continues to pay families making claims through the Vaccine Injury Compensation fund, yet refuses to support a national platform for discussing vaccine safety. The Huffington Post’s decision to pull Simmens’ article, in which he praised the film, is a sad attempt to suppress the message of vaccine dangers.

(NaturalHealth365)  In certain parts of the country – namely, states with no END_OF_DOCUMENT_TOKEN_TO_BE_REPLACED