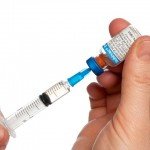 (NaturalHealth365) If you have ever doubted the power of the pharmaceutical industry to silence those who dare to question vaccine safety, the latest example of squelching the truth should change your mind. “Vaxxed: From Cover-up to Catastrophe,” a film exposing how a trusted government agency covered up data linking autism with the measles-mumps-rubella (MMR) vaccine, was recently pulled from the lineup of the upcoming Tribeca Film Festival amid backlash fueled by the deep pockets of Big Pharma.

Robert De Niro, one of the founders of the prestigious film festival where the film was to be shown, was intimidated by scientists and others shouting “foul” from the hip pocket of the pharmaceutical industry. After voicing praise for the film as a platform for discussion going into the weekend, De Niro has suddenly pulled the film from the festival’s line up. (Check out the powerful movie trailer – below)

As recently as a few days ago, De Niro had publicly discussed his personal interest in the film, noting that he and his wife, Grace, have a child with autism and he hoped the film would serve as an important platform to assure vaccines are as safe as possible. “We believe it is critical that all of the issues surrounding autism be openly discussed and examined,” he is quoted as saying to ABC News.

But apparently even stating that he was pro-vaccine, despite his interest in the film as a discussion-generator, was apparently not enough to satisfy the powerful pharmaceutical PR machine and all those quaking in its wake, fearful of ruined careers and reputations. A public platform and freedom of speech is simply too risky for what has been uncovered as a corrupt, out-of-control industry and those government officials, healthcare providers and scientists willing to fall into lock step with it.

De Niro was reportedly told that the documentary was so dangerous, it should never see light of day. The pro-vaccine crowd, backed by powerful vaccine makers, is so adamant that there be no public discussion surrounding the issue, they claim any question over vaccine safety has been settled by “scientific evidence.” Yet, they successfully sought to block scientific evidence that contradicts the message they want the public to see. In the end, Del Bigtree, producer of the film, and Andrew Wakefield, the film’s director, were forced to issue a statement Monday that the festival’s decision to include the film had been reversed.

“It is our understanding that persons from an organization affiliated with the festival have made unspecified allegations against the film—claims that we were given no opportunity to challenge or redress. We were denied due process,” the joint statement read. “We have just witnessed yet another example of the power of corporate interests censoring free speech, art, and truth.”

The film’s producer and director went on to reassure the public that they were unwilling to throw in the towel because of the festival’s decision, vowing the world will not be denied the truth. They promised to share plans for the film’s future and expressed their gratitude to the thousands of people who have already mobilized behind the film, including physicians, scientists, educators and the autistic community.

Producer Bigtree was interviewed at length by an ABC reporter about the film, yet little of his actual interview made the cut. In fact, the manipulated disgraceful piece aired – with a strong emphasis on the pro-vaccination viewpoint – left viewers completely in the dark about the real vaccine corruption taking place within the CDC over the MMR vaccine and its true danger to children.

Bigtree’s hopes that the film would serve as a wake-up call and as a platform for discussion about making vaccines safer for future children did not make it into the story.  Ironically, in the original interview, Bigtree had expressed his shock at the number of physicians telling him they knew that vaccines caused autism, but they feared having their careers and reputations ruined by the pharmaceutical industry if they stated so publicly. The film, seeking to expose this censorship, was instead censored itself.

Watch the entire actual interview with ABC – below:

De Niro’s defense of the film Friday occurred following an hour-long conversation with Congressman Bill Posey, the official who interacted closely with Centers for Disease Control and Prevention Whistleblower William Thompson. It was Congressman Posey who had pleaded with his colleagues in the House for a Congressional investigation after he laid bare the evidence of a CDC cover up. The evidence included a statement by Thompson admitting he joined with co-authors of the 2004 pediatrics study designed to provide the final word on whether there was a link between autism and the MMR vaccine.

The Congressman revealed that Thompson, willing to join other high-ranking CDC executives in destroying valuable data linking autism to the vaccine, was still fearful the action was illegal and therefore kept hard copies of the documents, which showed the data put into the final report was altered and incomplete. Given the rank of those involved, this revelation calls into question all reassurances of vaccine safety by the CDC.

Despite all the evidence showing blatant wrongdoing on behalf of an agency entrusted with the safety and health of the nation’s children, states like California continue to mandate the MMR vaccine, forcing parents to expose their children to the dangers of the vaccine.

Children at risk: Vaccine studies ignored by the U.S. government

Studies like the one out of Wake Forest, North Carolina, showing 70 out of 82 autistic children tested positive for the vaccine strain of measles continue to be ignored by the U.S. government and many public officials worldwide. It was the General Medical Council in Britain that discredited Dr. Andrew Wakefield’s research showing a link between the MMR vaccine, chronic bowel disease and autism – a finding Wakefield showed was backed by other research as well.  Many drug cartel-paid researchers worked to discredit Wakefield as well.

While Wakefield’s studies and others who dare to speak up have been discredited and characterized as “quackery,” vaccine manufacturer Merck’s own package insert for their MMR vaccine admits that encephalitis is a potential side effect. Autism regression and encephaloymyelitis are both terms used to describe chronic brain dysfunction.

Parents have been left without the information they should be receiving regarding risks of the MMR vaccine in order to make an informed decision. Those parent who are educated about the dangers then face immense challenges from public officials for deciding not to vaccine their children.

Actors like De Niro don’t suddenly stop speaking out because they have been convinced their views were wrong. They stop speaking out because they are threatened with being blacklisted from future movies. Physicians and other trusted healthcare providers are threatened with loss of careers and livelihood. The U.S. government continues to pay families making claims through the Vaccine Injury Compensation fund, yet refuses to admit any question of safety.

Like the GMO industry, the vaccine movement consists of ongoing, well-funded censorship, oppression, intimidation and discrediting tactics. While the pharmaceutical industry continues to pull the puppet strings, babies and children are left entangled in a dangerous, life-threatening situation.

(NaturalHealth365)  In certain parts of the country – namely, states with no END_OF_DOCUMENT_TOKEN_TO_BE_REPLACED