SHOCKING revelation: Who is really in control of what you eat and how to take back control? 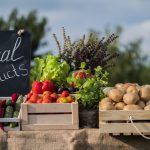 (NaturalHealth365) America’s food injustice has deep roots.  Dig beneath the surface of a chicken nugget, chocolate bar, tuna sandwich, or apple pie, and chances are you’ll find exploitation, poverty, corrupt profit, and a conspiracy to fix prices.  Generally speaking, the nation’s food system is controlled too much by Big Food monopolies … and this concentration of power and money decides what (and how) food is produced, where and by whom, and who gets to eat it.

For example, according to recent research published in the European Review of Agricultural Economics, the consolidation of food producers correlate with higher food prices.  How?  It’s actually quite simple: in a strategic effort to fleece consumers, these short list of companies simply match each other’s price increases rather than competing with them.  And that’s just the appetizer to the main course, so to speak.

At each stage of the food chain, only a handful of players dominate, not just in primary agriculture but in food manufacturing and retailing.  According to Oxfam, a global organization working to end the injustice of poverty, these dominant players “extract much of the value along the chain, while costs and risks cascade down on to the weakest participants, generally the farmers and laborers at the bottom.”

In truth, this is just the beginning of how big food producers threaten our health.  Keep reading, for the (truly) “shocking” revelation – that many corporate food producers don’t want you to ever know.

When did our food system go so terribly wrong?  Care to answer that … Big Food?

According to the United Nation’s food price index, global food prices rose for the 12th month in a row, with the sharpest monthly rise in over a decade occurring from April to May, with food prices spiking 4.8%

This is bad news for the 35 million Americans the U.S. Department of Agricultural has deemed “food insecure,” not to mention a significant blow to low-income countries around the world.

While the sharp rise of global food prices has been attributed to a variety of causes – from drought in Brazil’s sugar-growing regions to slowed vegetable oil production in Southeast Asia – the corporate consolidation of food production, processing, and distribution and the monopolistic practices exhibited by these corporations is the main reason.  Simply put, less competition equals higher prices.

How to take back control of our food

So, what’s the (truly) “shocking” revelation about our food supply?  Well, I truly believe – as we reach critical mass – that we (the people) have the power to change this for better … very fast!  The power lies in our purchasing power.  The best way to take control back from the Big Food cartels is to STOP buying into their horrible system that produces terrible food for our health. (Watch how fast they change … if enough people can appreciate what we’re saying here.)

Let’s just say the obvious: fast food companies make a multi-million dollar effort to deceive the public on a daily basis … and poison us with their terrible food ingredients.  “Finger lickin good?” (KFC)  “Happy Meal?” (McDonald’s) “Together Tastes Better?” (Coca-Cola)  Are you kidding me?!

It’s time to get involved and take back our food supply.  Research indicates that over the past 50 years, communities around the U.S. have established more than 1,900 urban farms.  In addition, community-owned food co-ops are on the rise.  And, of course, the growing popularity of locally-run, farmers markets are greatly improving the quality of the food we have access to.  Generally speaking, decentralizing our food system provides a much more secure delivery system and it’s a great way to make new friends by locally purchasing higher quality (organic) food for your family.  These are all positive steps.

More locally sourced food with shorter and less-centralized supply chains are what the world needs to create a more resilient food system, along with more locally-sourced farm  programs, extensive state and federal incentives, better workers’ rights, and stronger antitrust policies.  But, it all begins (and ends) with how we the people spend our hard earned money.

So, let’s do this together.  Buy better quality (organic) food on a daily basis.  Avoid the middle of the supermarket – which is filled with too many unhealthy (overly-processed) foods that damage our health.  And, buy from local farms, as much as possible.  These people work so hard to produce great quality food and they deserve our support.

As we make better food choices – one person at a time – watch how fast our world will change for the better.  What are your thoughts?

(NaturalHealth365)  According to the American Cancer Society, “There is no information that END_OF_DOCUMENT_TOKEN_TO_BE_REPLACED