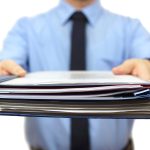 (NaturalHealth365) It’s hard to imagine the kind of gall one would have to have in order to expect that people would be satisfied with waiting 75+ years until being able to see the data used by a company to study, create, license, and sell a pharmaceutical product.  But this inexcusable timeline is exactly what the U.S. Food and Drug Administration (FDA) was hoping to get away with.

Thankfully, plenty of people have called the FDA out on this glaring issue, and it seems that the raw data will be made public much sooner than initially planned.

Senior editor of the BMJ: “we must have raw data, now”

In a letter published in the prestigious BMJ, senior BMJ editor Peter Doshi and colleagues point to an “unacceptable delay” in releasing raw study data from COVID-19 vax trials.

“Pfizer’s pivotal covid vaccine trial was funded by the company and designed, run, analyzed, and authored by Pfizer employees,” Doshi writes, highlighting an obvious source of bias.  He goes on, “The company and the contract research organizations that carried out the trial hold all the data.  And Pfizer has indicated that it will not begin entertaining requests for trial data until May 2025, 24 months after the primary study completion date.”

Pfizer is not the only Big Pharma company dragging its feet.  Doshi adds that Moderna and AstraZeneca are exhibiting the same reluctance to release their data, which leaves the world “with publications but no access to the underlying data on reasonable request.  This is worrying for trial participants, researchers, clinicians, journal editors, policymakers, and the public,” Doshi warns.

In a powerful conclusion to their letter, Doshi and colleagues write that while their publication supports vaccination policies “on sound evidence,” it is not justifiable to demand that people just have to “trust ‘in the system,’ with the distant hope that the underlying data may become available for independent scrutiny at some point in the future.”

“Data must be available when trial results are announced, published, or used to justify regulatory decisions,” BMJ states firmly.  “There is no place for wholesale exemptions from good practice during a pandemic.  The public has paid for covid-19 vaccines through vast public funding of research, and it is the public that takes on the balance of benefits and harms that accompany vaccination.  The public, therefore, has a right and entitlement to those data, as well as to the interrogation of those data by experts.”

A win for transparency and informed consent: FDA ordered to release Pfizer trial data in eight months – NOT 75 years

The BMJ certainly isn’t the only one concerned about delayed data release.  A group of doctors submitted a Freedom of Information request to the FDA to release Pfizer’s 450,000 pages of vax trial data.  The FDA’s initial plan was to release a measly 500 pages per month … at that rate, it would take about 75 YEARS for all the data to be released.

Thankfully, a federal judge in Texas recently REJECTED the FDA’s offer and instead ordered the agency to release the Pfizer data at a rate of 55,000 pages per month, meaning the entire data will be available within about 8 months.

According to The BMJ, the data will be made available here.