Risks vs. benefits: Is the CDC downplaying the risks of taking the COVID jab, especially by young people? 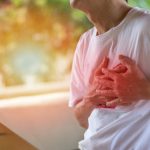 (NaturalHealth365) To many critically thinking people, phrases like “safe and effective” and “rare” have become somewhat suspect throughout the pandemic.  Public officials insistently use these terms to describe the experimental COVID injection and its adverse effects, despite the immense number of injuries and deaths occurring post-shot, according to the Vaccine Adverse Event Reporting System (VAERS).

And lest we forget, the companies making and profiting off these drugs – and pushing for endless injection mandates – have been caught bribing doctors, suppressing adverse trial events, ignoring massive safety concerns (remember asbestos in baby powder?), and performing a number of other ethical and legal transgressions.

So does it come as a surprise that one of the most infamous adverse effects from the shots is happening a lot more frequently than previously reported?

As reported by Children’s Health Defense, a new study published in the Journal of the American Medical Association analyzed COVID injection data through May 2021 from over 2 million people across 40 hospital systems within Washington, Oregon, Montana, and Los Angeles County, California.

The data revealed that 1 in 100,000 people experienced jab-related myocarditis.  Most of these cases occurred in men.  Now, compare this to the 4.8 people per 1 million rate of post-shot myocarditis recently claimed by the U.S. Centers for Disease Control and Prevention (CDC)!

As a refresher, myocarditis is inflammation of the heart muscle that is often “a result of the body’s immune reaction to the initial heart damage,” according to the National Organization for Rare Disorders.  Pericarditis, while similar to myocarditis, refers to inflammation of a thin sac of tissue called the pericardium, which surrounds the heart.

The authors of this JAMA study note that myocarditis “developed rapidly in younger patients, mostly after the second vaccination.” Still, that pericarditis “affected older patients later, after either the first or second dose.”

According to the authors, this glaring disparity in heart inflammation incidence suggests “vaccine adverse event underreporting,” an unfortunate phenomenon long understood within the medical community.

“Temporal association does not prove causation,” they continue, “although the short span between vaccination and myocarditis onset and the elevated incidence of myocarditis and pericarditis in the study hospitals lend support to a possible relationship.”

Notably, the authors list a number of study limitations, such as cases missed in outside care settings and missed diagnoses of myocarditis or pericarditis – all of which would underestimate the true incidence of potentially dangerous heart inflammation.

What can we expect to see following the unknown number of future doses CDC and government officials will continue to push for?

This JAMA data, along with other research, suggests that men and male teens who have received their second dose of the COVID shot are most likely to experience post-jab heart inflammation.  Officials frequently dismiss this adverse effect as “mild.”

However, as another small study published by JAMA on August 10 notes, “COVID-19 vaccine-associated myocarditis may have a benign short-term course in children; however, the long-term risks remain unknown” (emphasis ours).

The fact that a third dose is now recommended 8 months after the second dose only adds to the unknown, to say nothing, of the number of unknown future doses – and other injections altogether – that drug companies and government officials will insist upon.

Is there a way to identify people at risk of post-jab heart inflammation – and if not, can people truly make informed decisions about their health and their children’s health?

(NaturalHealth365)  As Big Pharma rolls out one COVID booster after another, a END_OF_DOCUMENT_TOKEN_TO_BE_REPLACED