Lawsuits filed against J&J claim hair loss from shampoo, asbestos in baby powder – should we trust their COVID jab? 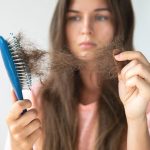 (NaturalHealth365) Johnson & Johnson is the world’s largest pharmaceutical company, based on revenue, according to a recent 2020 report from Pharmaceutical Technology.  The revenue?  A cool $56.1 billion – not bad for a company that just admitted to selling multiple sunscreens tainted with a cancer-causing chemical called benzene.

According to new reports, a class action lawsuit is being filed against the billion-dollar drug company over allegations that one of the company’s most popular shampoo brands causes hair loss!

“Johnson & Johnson misled and deceived the public,” according to court documents brought against the Big Pharma powerhouse in June lawsuit

Johnson & Johnson assumed ownership over the popular hair care product line OGX when it acquired Vogue International back in 2016.  In the new lawsuit, J&J is accused of not warning consumers that their product contains a compound called DMDM hydantoin, a chemical preservative that allegedly causes hair loss and scalp irritation.  (Skin irritation is listed as one of the potential adverse effects on DMDM hydantoin’s Safety Data Sheet.)

The suit claims that Johnson & Johnson has known for “approximately a decade” that DMDM hydantoin can cause hair loss and pledged to remove this compound and other formaldehyde donors from their products by 2015.  But the company failed to do so with the OGX product line once they acquired it.

“Nowhere on the package labeling or Johnson & Johnson’s websites or other marketing materials did Johnson & Johnson warn plaintiff [Larissa Whipple] and members of the class that they were at risk of significant hair loss and/or scalp irritation upon proper application of the products,” court documents say.  “Accordingly, Johnson & Johnson misled and deceived the public and placed its customers in harm’s way, all for the sake of increased profits.”

Of course, even without this new suit, the things already known about J&J give informed consumers plenty of reasons to pause.

Reuters: “Johnson & Johnson knew for decades that asbestos lurked in its baby powder”

In 2018, Reuters uncovered internal documents from J&J which proved that the company’s baby powder was “sometimes tainted with carcinogenic asbestos and that J&J kept that information from regulators and the public.” As a result, the company has faced “thousands of lawsuits” over this scandal.

Just last month, Johnson & Johnson agreed to pay the state of New York a settlement of $230 million for its role in fueling the opioid crisis.  (A note of hope: as part of the settlement, J&J also agreed to permanently stop producing and distributing opioids throughout the United States.)

And yet … we are supposed to trust an unapproved and experimental product from this very same company?

As it stands, the United States Centers for Disease Control and Prevention (CDC) has found that J&J’s COVID shot can cause a rare but deadly condition called thrombosis with thrombocytopenia syndrome (TTS).

(NaturalHealth365)  Your liver is a vital organ with hundreds of important functions.  END_OF_DOCUMENT_TOKEN_TO_BE_REPLACED

(NaturalHealth365)  The food we eat should keep us healthy and strong.  But END_OF_DOCUMENT_TOKEN_TO_BE_REPLACED

(NaturalHealth365)  Chicken is the average person’s meat of choice, yet most people END_OF_DOCUMENT_TOKEN_TO_BE_REPLACED