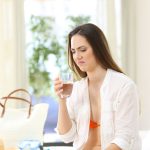 (NaturalHealth365)   The Centers for Disease Control and Prevention (CDC) recently announced a new strategy and the development of a new technology that promises to fluoridate some 19+ million more Americans with plans to expand to Australia, Canada, and other countries likely on the horizon.

The CDC made the announcement amid rapidly increasing reports of fluorosis rates and many side effects from fluoridation, including fetal and infant neurotoxicity.  Despite the mounting evidence that fluoride is a toxic chemical known to cause harmful adverse effects, New Zealand and the United Kingdom have already passed bills that will mandate fluoridation nationwide.

In recent years, a vast number of studies and research have been published about water fluoridation and the many potentially harmful side effects that it carries – that the public is being subjected to.

The truth is fluoridation is dangerous.

Overexposure to fluoride has already been impacting children in the United States.  According to CDC’s own data, American children are experiencing the effects of being overexposed to fluoride.  Add that to the high rates of fluorosis in the country and it is easy to see the truth.

Overwhelming scientific evidence points to the serious dangers of overexposure to fluoride.

In 2015, the Cochrane Collaboration published a review on the practice of fluoridation.  Their findings showed a “significant association between dental fluorosis and [water] fluoride level.”

In another recent study published in the June 2021 edition of Ecotoxicology and Environmental Safety, authors found a shocking 70% prevalence of dental fluorosis in children in the United States.  There are also nearly 70 human studies that link fluoride exposure to lowered IQ.  In addition, a study funded by the National Institutes of Health (NIH) linked increased ADHD symptoms to fluoride exposure in-utero.

There are many other studies out there; ironically, most are government-funded, which indicate fluoride is a neurotoxin that has been associated with endocrine system disruption, higher rates of fractures of the hip, and increased rates of hypothyroidism.

One must wonder why the CDC continues to dump massive amounts of fluoride into our water supplies even though their own research shows the substance is dangerous and harmful to humans.

Here is how to reduce your fluoride exposure

Tap water is the biggest culprit for fluoride exposure today.  In the United States, most people live, work or go to school in an area with fluoridated water.  The consumption of fluoridated water must be avoided, especially for infants.  If you are unsure of whether your drinking water contains added fluoride, call your local water department and ask.

You can use water filters, but only certain types filter out fluoride.  Look for deionizers, reverse osmosis, and activated alumina.  Each of these removes approximately 90% of the fluoride.  Another way to avoid it is to drink spring water.  The majority of brands of spring water have extremely low levels of fluoride.  You can also purchase a distillation unit and distill your water.  This is probably the best way because it removes the most and sometimes all fluoride in the water.

You can also avoid fluoride toothpaste and fluoride treatments at the dentist.  If you do use fluoridated toothpaste, it would be best to find an herbal toothpaste instead.

Drink less green and black teas or choose those teas with younger leaves.  As the tea plant ages, it accumulates fluoride, typically rather high levels, that can be transferred to the tea you drink even if you don’t use fluoridated water.

(NaturalHealth365)  According to the American Cancer Society, “There is no information that END_OF_DOCUMENT_TOKEN_TO_BE_REPLACED