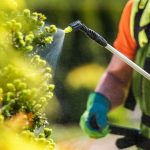 (NaturalHealth365) It’s been many years since we first heard about the possible link between Roundup and cancer.  Will justice for victims of the toxic weedkiller be served after all?

In recent news from the Supreme Court, pharmaceutical and life sciences company Bayer will have to face thousands of lawsuits as growing evidence reveals that their popular and profitable weedkiller causes cancer.

On June 21, 2022, the Supreme Court rejected an appeal from Bayer, which purchased Roundup from Monsanto in 2018.  The intent of Bayer’s appeal was to block literally thousands of lawsuits claiming that exposure to Roundup causes cancer in humans, including non-Hodgkins lymphoma.

The Supreme Court also placed a $25 million judgment in favor of a California man who says he got cancer after using Roundup “for decades” to treat poison oak and other overgrowths near his property in the San Francisco Bay area.

Edwin Hardeman’s case served as a “test case” for thousands of similar lawsuits currently in the dockets, U.S. News reports.  Such victories against companies like Bayer – who continue to pump out potential carcinogenic compounds into the environment – aren’t guaranteed, of course.  Indeed, Bayer recently won four state court trials in a row against individuals who say they got cancer due to their Roundup use.

And even the Environmental Protection Agency (EPA) claimed in 2020 that glyphosate, the main compound in Roundup, is “not likely” to cause cancer in humans and that it poses no serious health risk to humans.  (This finding was also reportedly rejected this week by the 9th U.S. Circuit Court of Appeals.)

Despite the thousands of lawsuits coming their way, Bayer continues to insist that Roundup is safe.  Yet at the same time, the company pledges to stop making Roundup available for residential use starting next year – a move done to minimize future liability rather than look out for the health of American consumers.

The weedkiller will still be available to farmers and other professional agricultural workers, however.

Roundup is a common weedkiller that contains a powerful herbicidal compound called glyphosate.  It’s been around since the 1970s and works by preventing weeds from being able to produce certain proteins they need to grow (Roundup contains several other chemicals to prevent it from damaging crops, many of which are genetically modified to be resistant to Roundup).

On its website, the EPA insists that there is “no evidence glyphosate causes cancer in humans.” Yet the International Agency for Research on Cancer says otherwise, classifying the compound as “probably carcinogenic to humans.”

Here are some other facts related to Roundup you might find interesting to know:

(NaturalHealth365)  The controversy over caffeine consumption during pregnancy is a long-standing one.  END_OF_DOCUMENT_TOKEN_TO_BE_REPLACED

(NaturalHealth365)  Is the COVID shot necessary for kids?  We know most people END_OF_DOCUMENT_TOKEN_TO_BE_REPLACED