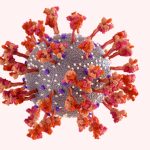 (NaturalHealth365) Is it ethical to create a COVID mandate for the general population – a mandate that demands people take a brand new injection with no long-term safety data – even if possible adverse events associated with the injection can be life-changing or life-threatening?

Medical freedom advocates say no.  And a new study published in Viruses sheds even more light on the dangers of the novel coronavirus spike protein – which is nearly the exact same spike protein created by the human body in response to the Pfizer or Moderna mRNA COVID shot.

A group of Swedish researchers went to the lab and looked at the activity of SARS-CoV-2, the virus that causes COVID-19.  What they discovered is that the viral spike proteins can enter the cell nucleus and disrupt DNA repair.

“Mechanistically we found that the spike protein localizes in the nucleus & inhibits DNA damage repair by impeding key DNA repair protein BRCA1 & 53BP1 recruitment to the damage site,” the study explains in the abstract, adding that their findings “reveal a potential molecular mechanism by which the spike protein might impede adaptive immunity and underscore the potential side effects of full-length spike-based vaccines,” aka the mRNA COVID shot.

If spike proteins from the novel coronavirus can enter the nucleus of a cell and inhibit DNA repair, then this could describe a mechanism by which viral spike proteins increase the likelihood of cancer, since cancer ultimately develops as a result of damaged and mutating cellular DNA.

As you might recall, the COVID-19 shot developed by both Pfizer and Moderna uses mRNA to instruct cells to produce a near-identical version of this viral spike protein.  An injected person’s immune system is supposed to then launch a response against the spike proteins in the hopes that they will be “protected” against the real virus if they ever are exposed to it in the future.  Real-world data, of course, shows this is not the case for many people, with “breakthrough” cases being observed by the thousands.

It is important to note that this is just one in vitro study.  The results have not been verified yet in humans.  But this does suggest how risky it is to experiment on people, and particularly children, with mRNA vaccines when we simply have no data about their long-term safety implications.

You can watch Dr. Mikolaj Raszek discussing his findings about the spike proteins in the video clip below:

In other news, the U.S. Food and Drug Administration (FDA) released their Summary Basis of Regulation Action for Pfizer’s mRNA injection known as COMIRNATY on November 8, 2021.  This is the summary justification for requesting FDA approval of COMIRNATY.

In the publication, Pfizer admits to a total of 38 deaths among study subjects occurring between Dose 1 through their surveillance cut-off date of March 13, 2021. 21 of these deaths occurred in the COMIRNATY group, which is more than was initially reported.  “None of the deaths were considered related to vaccination,” the summary says.

The documentation also says that the rates of serious adverse events were similar between the placebo and COMIRNATY group (1.7 percent vs 1.8 percent, respectively) for trial participants aged 56 and older, and that “[t]here were no notable patterns between treatment groups for specific categories of serious adverse events (including neurologic, neuro-inflammatory, and thrombotic events) that would suggest a causal relationship to COMIRNATY.”

However, just over HALF of these 56+ individuals were followed for at least 4 months following their second dose.  Not only is this is a short follow-up window – especially since we know that the effectiveness of these drugs wanes significantly after just six months – but it begs the question of what happened to the rest of the participants from this age group.

(NaturalHealth365)  First, it was menstrual problems, and now, it’s current and future END_OF_DOCUMENT_TOKEN_TO_BE_REPLACED