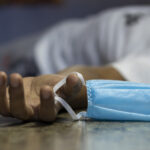 (NaturalHealth365)  How many times can public health officials keep moving the goalposts before most people finally realize the kind of game they’re actually playing when it comes to the COVID shot?

First, these COVID shots – and in particular the gene-based jabs from Pfizer and Moderna – were sold to us as the only way to “end the pandemic” and stop the spread of SARS-CoV-2.  Then, once it became unavoidably obvious that the vaxxes didn’t stop viral transmission and that “breakthrough cases” were NOT rare, suddenly the COVID shots were only ever supposed to be about preventing severe illness and death.

Now, as more and more data flies in the face of the claim that COVID shots are “safe and effective,” we continue to see public health officials insisting that double, triple, and quadruple doses of COVID shots are necessary for just about everyone over the age of five (and soon, maybe even younger than that).

In a July 15 update, the Government of Canada released a table showing the number of COVID cases, hospitalizations, and deaths in the country stratified by vax status up to June 12, 2022.  According to this table, the cases, hospitalizations, and deaths are much higher among unvaxxed individuals compared to vaxxed individuals.  However, after some simple observations and calculations, the team over at The Exposé website was able to tease apart this data … and reveal what the Canadian government officials may have been trying to hide.

The main problem with this July 15 update, The Exposé found, was that the Canadian government included cases, hospitalizations, and deaths from mid-December 2020.  “By doing this,” The Exposé writes, “they’re able to include a huge wave that occurred in January 2021 when just 0.3% of the population of Canada was considered fully vaccinated” (emphasis theirs).

In other words, if you include in your data set a period in which less than one percent of the population was considered “fully vaxxed,” then, of course, it’s going to appear that unvaxxed is strongly correlated with poorer outcomes related to COVID-19.  But is that actually true?

To correct for this confounding factor, The Exposé team used web archives to look at previous reports from the government, then did some basic math to work out the statistics on the CURRENT situation surrounding COVID-19 by vax status.  This is more relevant than including all the COVID-19 data from the very beginning of the vaccine rollout, back when the shots were not widely available and “unvaxxed” people included individuals who were going to get vaxxed but simply weren’t able to yet.

In fact, according to their calculations of the Canadian government’s data, The Exposé found that between June 6th and June 9th, 2022:

Not exactly the picture of “safe and effective” that officials want us to believe, right?

Playing the devil’s advocate for a moment, let’s say that vaxxed individuals are more likely to follow “official” recommendations and seek out testing if they have cold and flu-like symptoms (which, as we know, is what a bout of COVID-19 effectively amounts to for the vast majority of people – little more than a bad cold).  In this line of reasoning, we could hypothesize that there are actually a lot more unvaxxed Canadians getting COVID-19, but we simply aren’t aware of them because they aren’t bothering to get tested.

Fair enough.  However, even if that WERE the case, this wouldn’t explain the astronomically higher rates of hospitalizations and deaths among vaxxed individuals during that two-week period in June. And even when we consider that a whopping 82 percent of the Canadian population is considered “fully vaxxed,” it still doesn’t really explain why vaxxed people make up the majority of recent COVID-19 hospitalizations … after all, isn’t that exactly what these vaxxes are supposed to do – prevent people from getting so sick with COVID-19 they have to go to the hospital?

The math is simply there, and it doesn’t bode well for vax-proponents: 9 out of 10 COVID-19 cases, hospitalizations, and deaths reported in mid-June in Canada were among people who were considered fully vaxxed – and most of these were among triple- or quadruple-jabbed.

If government officials want us to be more trusting of their public health efforts, maybe they should be more transparent about what the public health data is revealing.  Or should we just keep on believing that we need to keep on getting boosters, despite evidence that perpetual COVID doses may harm the immune system?

(NaturalHealth365)  The telecommunications industry has rolled out 5G connectivity quite inconspicuously.  The END_OF_DOCUMENT_TOKEN_TO_BE_REPLACED