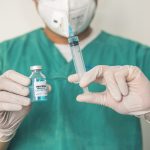 (NaturalHealth365) Ohio-based attorney Thomas Renz made a bombshell announcement at the Re-awaken Tour event held July 17-18 in Anaheim, California.  Mr. Renz publicly declared his intention to file a lawsuit against the federal government for covering up the actual number of deaths caused by COVID-19 jabs.  On July 19, Mr. Renz filed a motion for a preliminary injunction in Alabama Federal District Court to halt Emergency Use Authorization (EUA) granted to all three – Pfizer, Moderna, and Johnson & Johnson – COVID injections for three groups of Americans.

The lawsuit seeks to stop the emergency use of the jabs for people under 18, anyone with a previous SARS-CoV-2 infection (people with natural immunity), or anyone who has not received informed consent.

At least 45,000 Americans have died from the COVID jabs, government insider alleges – and that’s only deaths occurring within three days post-jab

Based on a whistleblower’s sworn declaration made under the threat of perjury, the lawsuit alleges that the Centers for Disease Control and Prevention (CDC) has been grossly under-counting injection-related deaths.  The whistleblower, who has access to government computers, can prove that “at least 45,000” Americans have died within three days of receiving one of the three jabs.  The whistleblower also stated that around 11 VAERS (Vaccine Adverse Event Reporting System) systems report adverse reactions and deaths across the US, and the 45,000 reports of death are coming from only one of them.

Interestingly, a search on the CDC website for COVID injection-related deaths yields vastly different figures.  According to the most recent VAERS data, the total number of deaths among people who received the jab is 6,207 – from December 14, 2020, to July 19, 2021.

The lawsuit filed on behalf of America’s Frontline Doctors makes multiple serious allegations about the government’s handling of the so-called pandemic.  It turns out, the inaccurate reporting of jab-related deaths is only one tragic piece of the puzzle.

The suit points out that since SARS-CoV-2 has an overall global survivability rate of 99.8 percent, which increases to 99.97 percent for people under 70, it is essentially on a par with the seasonal flu.  Therefore, with such a low risk of harm, declaring COVID-19 a public health emergency back on December 18, 2020, was illegal because there is no underlying emergency.

So why was the Health and Human Services (DHHS) Secretary’s declaration so critical?  Because it served as the necessary legal predicate for the issuance of the EUAs, allowing pharmaceutical companies to skip essential clinical trials and inoculate millions of Americans.

Let’s also recall that the DHHS changed the rules applicable to coroners and other healthcare professionals responsible for producing death certificates by creating a cause of determinations exclusively for COVID-19.  The rule change stated: “COVID-19 should be reported on the death certificate for all decedents where the disease caused or is assumed to have caused or contributed to death.”

The infamous polymerase chain reaction (PCR) tests are also highlighted in the lawsuit as a point of controversy.  Despite PCR test manufacturers’ disclaimers stating that “[t]he FDA has not determined that the test is safe or effective for the detection of SARS-Co-V-2,” the DHHS authorized its emergency use as a diagnostic tool.

So not only are the tests inappropriate for diagnostic purposes, but the way they have been used guarantees an unacceptably high number of false positives.  Most scientists agree that PCR tests run at a CT (Cycle Threshold) value of 35-cycles or greater are useless.  In fact, findings of a study funded by the French government showed that even at 35-cycles, the false positivity rate is as high as 97%.

Yet, despite such a well-known fact, most PCR tests for COVID-19 used in the United States are run at 35-45 cycles.

One must wonder if the above-stated facts are correct; what else are government health agencies hiding from the public?  Can we trust the narrative?

On the CDC’s official page titled Selected Adverse Events Reported after COVID-19 vaccination, the agency does a thorough job reassuring the masses that the jab is indeed safe and effective.  They claim that reports of jab-related deaths are rare and urge everyone 12 years and older to get jabbed as soon as possible.

But here are some of the severe adverse effects reported following the jab:

All of the above, of course, are deemed rare by the CDC.

So the questions we should all ask are: Is the jab really “safe and effective”?  If so, by whose definition?  And how did we become so sensitized to accepting such massive numbers of “side effects,” including deaths, as a necessary part of taking an injection to protect against a condition with a 99.9X percent survivability rate?

With so much controversy surrounding the COVID-injections, it’s certainly wise to do your research and make an informed decision about whether taking the jab is worth the risk.  In the meantime, we will continue to monitor the lawsuit brought by America’s Frontline Doctors.

(NaturalHealth365)  As Big Pharma rolls out one COVID booster after another, a END_OF_DOCUMENT_TOKEN_TO_BE_REPLACED