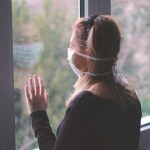 (NaturalHealth365) It’s been over a year since the COVID-19 pandemic began.  Now, even as lockdowns and curfews persist and the vaccine rollout continues across America, we continue to find ourselves surprised by the troubling, if not creative ways, that government officials attempt to squeeze more control out of the situation.

The latest harrowing example is a New York State-sponsored proposal that demands detention camp for anyone identified as a “case, contact or carrier” of a contagious disease.  It’s a harrowing revelation – and would be so even if there weren’t already serious questions about the COVID-19 testing accuracy and false-positive rates.

COVID “camps” on the horizon?  Disturbing details about how free citizens should be forcibly detained

Bill A416, in summary, “[r]elates to the removal of cases, contacts, and carriers of communicable diseases that are potentially dangerous to the public health.”  The bill doesn’t mention COVID-19 specifically, and a similar bill was also introduced (and fell flat) during the Legislative Session of 2015-2016.

In attempts to blur the lines with pages of legalese, the bill continues:

“Upon determining by clear and convincing evidence that the health of others is or may be endangered by a case, contact or carrier, or suspected case, contact or carrier of a contagious disease that, in the opinion of the governor … may pose an imminent and significant threat to the public health resulting in severe morbidity or high mortality, the governor or his or her delegee … may order the removal and/or detention of such a person or a group of such persons by issuing a single order, identifying such persons either by name or by a reasonably specific description of the individuals or group being detained.”

The bill would allow officials to:

NOT present in the bill are any specific timeframes, criteria, or locations for these detentions – details that, if the bill were to pass, would ultimately be left up to the discretion of the NY governor (at the moment, Governor Andrew Cuomo).

What used to be scoffed at as conspiracy theory is now creeping into American legislature – when will the insanity end?

The threat to the American citizen’s medical autonomy seems only to grow greater as the pandemic wears on.  The call for the “removal and/or detention” of New York residents as well as the requirement of global “vaccine passports” are just two examples of this.  Yet it seems that only months ago that concerned consumers and freer-thinkers were voicing their concerns over exactly these issues – and were simply brushed off as conspiratorial.

In a call to reject bill A416, Cody Anderson, chair of the Libertarian Party of New York, says that the bill “offers a clear and direct path to unconstitutional and indefinite detainment, on the governor’s sole authority.  No U.S. state was ever meant to have a single person acting as judge and jury, without checks or balances; if this bill is allowed to pass, that is exactly what New York will have.”

He also points out, rightly so, that such a bill would amount to an “egregious privacy violation in issuing an order announcing an individual to be a health risk.”

If there is any lesson to take away from this past year of pandemic mania, let it be this: don’t let anyone convince you that your right to question the status quo is “just” conspiracy theorizing.

(NaturalHealth365)  According to the American Cancer Society, “There is no information that END_OF_DOCUMENT_TOKEN_TO_BE_REPLACED