DEVASTATING prognosis: Half of kids with COVID shot-induced myocarditis will be dead in 5 years, doctor claims 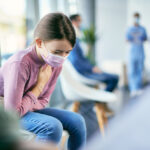 (NaturalHealth365)  Once the global COVID shot vax program rolled out, it didn’t take long for healthcare systems and mainstream media outlets to start gaslighting the public about healthy young adults suddenly dropping dead or healthy children suddenly developing heart inflammation.  It’s nothing to be concerned about; they seem to be saying.  Just look at the disturbing proliferation of concepts like “sudden adult death syndrome” or the disgusting commercial from New York-Presbyterian Hospital, which brazenly attempted to normalize and trivialize myocarditis in children – these will surely be looked back on in years to come with nothing less than incredulousness.

Are we truly meant to ignore the possibility that COVID shots are contributing to these unexpected excess deaths, disease, and harm?  Is it still considered “spreading misinformation” to raise questions about the safety of these shots as the months and years wear on?  After all, didn’t years have to pass before “FDA-approved” drugs like Vioxx and Zantac were finally pulled from the market because, oops, it turns out they were harming people?

A sequence of events:

First, we were told that COVID shots are overwhelmingly safe and effective for kids.

Then, we were told that the VAERS reports of myocarditis (heart inflammation) in kids who had received the COVID shots were in no way proof that the shots actually caused harm.

Next, we were told that, yes, some kids (especially teen boys) will develop myocarditis after getting the COVID vax, but that myocarditis is “mild” and that the risk of getting myocarditis is actually greater after getting an actual COVID-19 infection.  (This isn’t true for all age groups, first of all, and it also doesn’t sit well with many parents, given the fact that COVID shots don’t stop transmission of SARS-CoV-2, anyway – so why bother incurring added risk on your child, especially when COVID-19 poses little to no threat to them?)

And now, fast forward to today: a Canadian doctor by the name of Dr. Chris Alan Shoemaker recently made an alarming claim: the five-year survival rate of shot-induced myocarditis in young adults is just 50%.

Said another way: HALF of all young adults who get myocarditis due to the COVID shot, according to Dr. Shoemaker, will be dead within five years.

Can such an alarming prediction have any truth?

Dr. Chris Alan Shoemaker is a licensed doctor with more than 45 years of experience in emergency medicine, military healthcare, and family medicine.  A former member of the Eastern Ontario COVID Response Team and West Ottawa COVID Care Clinic, Dr. Shoemaker recently said in an interview on The Ben Armstrong Show that the “vaccinated have been harmed.  Their immune systems are being harmed.”  The reason, he says, is because the mRNA jabs negatively affect human T-cells, which are “important [parts] of your immune system to fight viruses and cancer.”

Dr. Shoemaker claims that 95% of people currently in Canadian ICUs are “fully vaxxed” – whatever that means, now that we’re in the realm of endless booster doses.  (We can probably assume that “fully vaxxed” means something to the effect of two primary doses and one or two booster doses.)

He also believes that these mRNA jabs are particularly harmful for children.  “Your 10 to 14-year-old is now, by proven statistics out of the United Kingdom, 100 times more likely to die in the following six months than a non-vaccinated child,” he says, citing data from the UK’s Office of National Statistics, which showed that double-vaxxed kids died 5,200% more than vax-free kids.  (Such claims are strongly refuted by “fact-checkers” like Reuters).

At a recent public event in London, Ontario, Dr. Shoemaker also urged people to “keep your needles out of the shoulders of our children,” saying that “the medical facts on this are beyond dispute.  Children are given zero help by these vaccines.  It kills two out of every 1,000 within a year.  Do you want your child to be one of those two who will die?”

(NaturalHealth365)  First, it was menstrual problems, and now, it’s current and future END_OF_DOCUMENT_TOKEN_TO_BE_REPLACED