Smart cities, 5G and EMF pollution: How this ‘new’ technology will INCREASE our exposure to microwave radiation

(NaturalHealth365) Across the country, we are beginning to see the rise of so-called “Smart Cities.” The city of the future may include 5G wireless antennas on most utility poles, self-driving vehicles whisking us from place to place, and “Internet of Things” sensors everywhere. But, most people remain uninformed about the dangers of this new technology and the increase in EMF pollution.

We are told that the wireless smart city will bring us into a sustainable future of convenience and ease. However, cracks are appearing in this dystopian vision. At the very time that the smart city is being pushed upon us, our best science now shows how detrimental wireless technology is to our health.

EMF warning: Should we move forward with smart cities if they are ultimately harmful to our health?

In this article, you will learn about the key elements of the smart city and understand the steps to protect your family and community from the health risks of these developing technologies.

5G stands for “5th generation” wireless technology. Our devices currently run on 3G and 4G technology, which utilize a limited range of the microwave spectrum. 5G will greatly expand the amount of spectrum used and include high gigahertz range frequencies that have never been used before in consumer devices.

These high frequencies, between 14 GHz and 73 GHz, do not travel as far or penetrate building as easily. However, they will allow for incredibly fast download speeds. This will enable 5G devices to download a movie in a few seconds and will allow companies like AT&T to deliver HBO programs wirelessly, rather than via a cable.

The biggest issue with 5G is that wireless antennas will be placed on most light and utility poles within our neighborhoods. It is estimated that the 5G network will require each of the four major wireless carriers to install one million new base stations. To show you the scale of this expansion, AT&T currently has approximately 70,000 cell sites. This will exponentially increase the amount of microwave radiation in our communities, creating an electromagnetic environment unlike anything humans have ever experienced.

The wireless industry is planning YOUR future in a ‘secret’ way

Our current laws actually make the rollout of the 5G network difficult for the wireless companies. This is why the industry is now pressing for weaker regulations. Senator John Thune has recently introduced SB 19, which is called the Mobil Now Act.

SB 19 would take away any remaining ability that communities have to regulate the placement of cellular antennas. It would allow a wireless company to put a 5G antenna right outside your bedroom window. Call your Senator today and ask them to put a hold on this bill so that you have more say in your health going forward.

Cellular antennas like this (pictured below) are currently being placed on utility poles throughout major cities. These antennas will eventually be part of the 5G network unless we start to speak out. 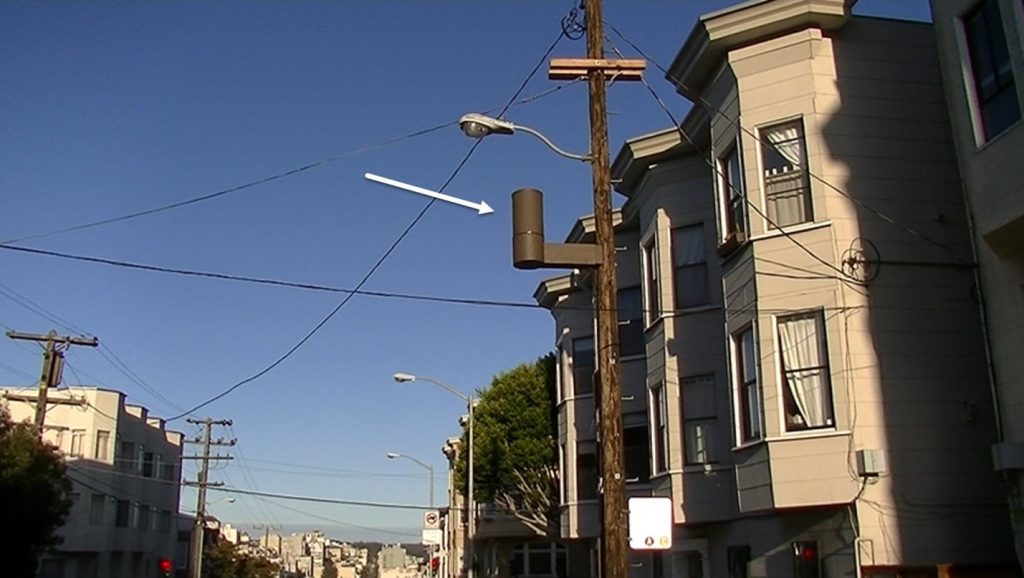 Why you should care about the “Internet of Things”

The lower frequencies of the 5G spectrum, around 700 MHz, will allow wireless companies to reach any “smart” device that can be connected to the internet. This will enable cities to better control infrastructure, which can benefit society.

However, this technology will also make its way into our homes and fill them with appliances and devices that pulse microwave radiation. The smart home will include wireless toothbrushes, coffeemakers, toasters, thermostats, and security systems. These items will pulse hundreds of thousands of times each day, greatly expanding the amount of EMF pollution in homes.

Rather than convenience or energy efficiency, the true reason for rolling out this technology is the immense personal data that the Internet of Things devices will give industry. This data will be worth billions to marketers and will only erode person privacy for individuals.

There is also a bill currently in the Senate that will reduce regulations on Internet of Things technologies. I encourage you to call your Senator to put a hold on SB 88, also known as the DIGIT Act. It is simply unwise to allow these technologies into the homes of unsuspecting families when there is so much science showing harm.

The “Smart” Home and the “Internet of Things” may be highly profitable for technology companies, but include health, privacy and internet security risks for families. {the image below illustrates this point) 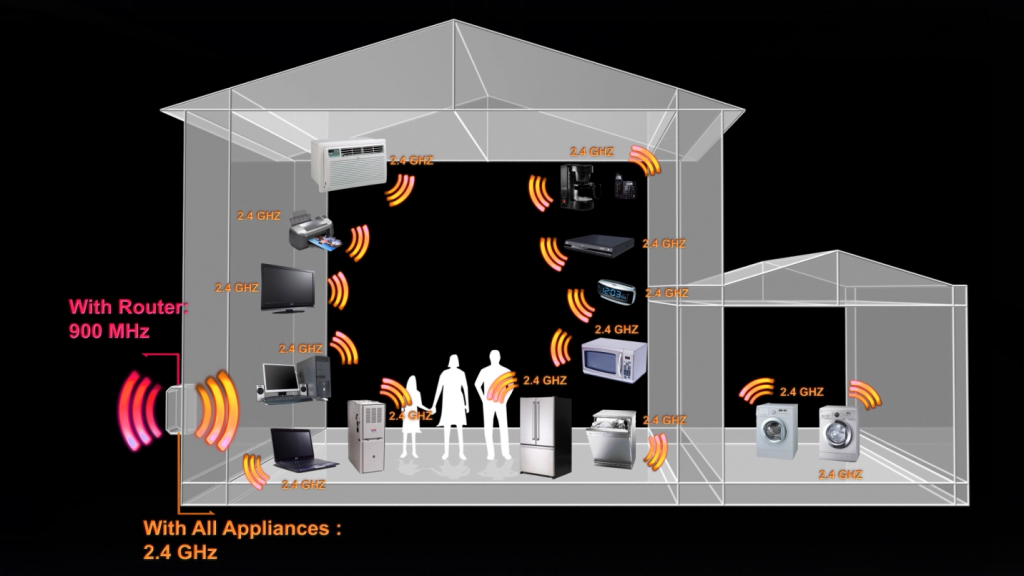 Image Credit: Take Back Your Power

Are we safe with self-driving vehicles?

The self-driving car is a major component of the smart city. The promise of autonomous cars is that people will be chauffeured by artificial intelligence on wheels while they sit back and watch 5G videos. This technology may also reduce accidents caused be people who are currently distracted by their phones, but there is a major downside for society.

The truth is that self-driving cars will bathe passengers and nearby residents in microwave radiation. As you will now see, the health impact of this technology may outweigh any benefits from self-driving cars and other elements of the smart city.

The health impact of wireless technology

Scientific developments the past few years have shown the inadequacy of our safety regulations for wireless technology. It had always been assumed that if microwave radiation does not heat you, it can’t possibly hurt you. However, our best science now shows this to be patently false.

The most important research to do this is the $25 million National Toxicology Program (NTP) study. This federal government study was designed to prove, once and for all, that cell phone radiation is safe.

Instead, it showed that 2G cell phone radiation causes brain cancer and DNA damage in rats. This study is the gold standard of science and the results were so shocking that the researchers released their findings early to the public so that we could start to make better decisions.

In the coming years, there must be a change in public policy (like there once was with tobacco) if we are to have a healthy society. To this end, the American Cancer Society has said that the NTP results mark a “paradigm shift in our understanding of radiation and cancer risk.”  We are also starting to see medical organizations around the world, such as the American Academy of Pediatrics (AAP), issue guidelines for reduced wireless exposure for children. Change is already happening as I hear of more groups of parents that have successfully eliminated Wi-Fi from their children’s schools.

Furthermore, while cancer risk is important, it is not even the primary risk with electromagnetic field (EMF) pollution. If you search “EMF science” you will find abundant research that shows sperm damage and negative effects on immune, endocrine, cardiac, and nervous system functioning. This is why many people are now experiencing symptoms, such as headaches, tinnitus, and sleep disturbance, when overexposed to wireless technology.

While the mainstream medical community is not yet acknowledging this problem, many medical doctors are now well aware that people are being affected and are advising their patients to avoid EMF pollution. Often, this is a primary solution to help their patients heal.

Solutions you can implement today

The good thing about this issue is that there are solutions – both at the personal and community level. I encourage you to call your senators to have them put a hold on SB 19 and SB 88 mentioned above. This will help stall bills that are a complete give-away to wireless companies and that take away your rights to a healthy environment.

Also demand that your city leaders delay implementing smart city technology because there is simply too much science showing harm. This will ultimately be more wise and economical than dismantling an expensive system in the future.

Furthermore, if a wireless company wants to install an antenna on a light pole near your home, band together with your neighbors to protest the placement. A knowledgeable community working together is more powerful than any wireless company. I have seen dozens of communities successfully stop cellular base stations from being built.

On a personal level, here are key solutions that will help you develop a healthier relationship with technology:

The coming years will undoubtedly see an expansion in wireless technology as the smart city is pushed upon us. However, more and more people are waking up to this issue as the science showing harm becomes clear and awareness grows.

Society will eventually have to find safer alternatives and realize that the public simply should not be exposed to certain technologies. Until that day comes, hopefully the above solutions will help you and your community reduce your exposure to EMF pollution so that you are healthy for many years to come.

About the author: Jeromy Johnson has an advanced degree in engineering and worked in Silicon Valley for nearly two decades. You can watch his TEDx talk, “Wireless Wake-up Call” and learn how to create a low-EMF home at EMFAnalysis.com.

(NaturalHealth365)  The telecommunications industry has rolled out 5G connectivity quite inconspicuously.  The END_OF_DOCUMENT_TOKEN_TO_BE_REPLACED

(NaturalHealth365)  More than 90 percent of American adults own a cell phone, END_OF_DOCUMENT_TOKEN_TO_BE_REPLACED

6 PRACTICAL ways to reduce your exposure to EMF pollution