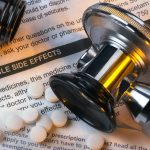 (NaturalHealth365)  Some critics have accused the U.S. government and public health officials – Dr. Robert Malone and Dr. Peter McCulllough among them – of suppressing early treatment for COVID-19.

These days, the U.S. Food and Drug Administration (FDA) seems to be wasting little time approving new drugs, despite growing evidence that these drugs come with a risk of serious harm and a long list of side effects.

Move over, remdesivir – molnupiravir, others are latest government-backed drugs used for COVID-19 … but have safety concerns been adequately addressed?

Remdesivir – officially FDA-approved for the treatment of COVID-19 as of October 2020 – has been a key drug of choice for patients hospitalized with a positive COVID diagnosis throughout the pandemic.  Patients authorized to receive this drug can be as young as 28 days old.

Remdesivir, which is being sold under the brand name Veklury® by the California-based biopharmaceutical company Gilead (in collaboration with Pfizer), has been implicated by some pandemic critics and doctors as being a driving cause of high death rates among hospitalized COVID-positive patients.

According to the drug package insert, there are also “insufficient” data “to evaluate for a drug-associated risk of major birth defects, miscarriage, or adverse maternal or fetal outcomes” among pregnant women – yet pregnant women have been offered this drug under “compassionate use” throughout the pandemic.

But now, new drugs have entered the conversation.

The makers of one drug, in particular, molnupiravir (currently sold under the brand name LAGEVRIO), somewhat shockingly acknowledge that there is no information about whether the drug is safe for pregnant women and, as such, note that the drug is “not recommended for use in pregnancy.”

On their informational webpage about the drug, Pharma company Merck writes: “LAGEVRIO may cause harm to your unborn baby,” adding later that “serious and unexpected side effects may happen … it is possible that all of the risks are not known at this time.”

Merck also adds that pregnant women may be able to take this potentially toxic drug if no other treatments are clinically appropriate and that women who may become pregnant “should use a reliable method of birth control (contraception) consistently and correctly during treatment with LAGEVRIO and for 4 days after the last dose.”

Interesting, isn’t it, that this drug has been relatively cautiously handled – yet pregnant women were being told, practically from the get-go, that it’s okay to get a brand new, minimally studied mRNA vax.  Why the caution for one drug but not for the other, even though pregnant women were not included in clinical trials for either?

Additionally, in November 2021, scientist and former Harvard professor Dr. William A. Haseltine, Ph.D., released an article in Forbes in which he urges the FDA “to tread very carefully with molnupiravir,” in part because of its “potential mutagenicity” (the ability to cause cancer and birth defects) but also because of “[the] drug’s potential to supercharge SARS-CoV-2 mutations and unleash a more virulent variant upon the world.”

Haseltine discusses the scientific plausibility of this drug introducing “mutations to the virus itself that are significant enough to change how the virus functions, but not so powerful as to stop it from replicating and becoming the next dominant variant.”

Another drug sold under the name Paxlovid, which combines the two drugs nirmatrelvir and ritonavir, has been shown to cause a SARS-CoV-2 infection to actually “rebound” or return unexpectedly when the medication is stopped.

This “viral load rebound” is reportedly being investigated by the FDA.

Perhaps these unfortunate realizations about these drugs – possible birth defects, rebound infections, known and unknown harmful side effects, “significant drug interactions,” etc. – are just a natural consequence of developing treatments for a novel virus.  Perhaps this is the risk some would choose to take in the face of a sometimes serious but largely survivable infectious disease.

But if people are not fully informed about all the possible known and unknown risks (which, of course, no one can be fully informed about), how could they make an informed medical choice when it comes to these drugs?  Shouldn’t Americans be given full transparency from their doctors and government?

(NaturalHealth365)  Since the late 1980s, the number of petitions filed with the END_OF_DOCUMENT_TOKEN_TO_BE_REPLACED