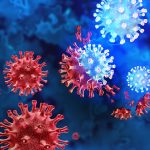 (NaturalHealth365)  It used to be that discussing the lab leak theory was grounds for deplatforming from social media.  Today, even mainstream media outlets are pointing to the major discrepancies and questions surrounding SARS-CoV-2, adding to the growing suspicion that the wet market theory is not as cut and dry as Fauci and others at the National Institutes of Health (NIH) would like us to believe.

The issues for NIH don’t end there, either.  New data revealed by a Freedom of Information Act (FOIA) request show that the NIH played a part in suppressing critical information regarding the COVID-19 virus and its origins.

US government acquiesces to China, hides information about COVID-19 virus at the start of the pandemic

According to emails and other documents uncovered by the nonprofit, nonpartisan group Empower Oversight Whistleblowers & Research (EMPOWR), the NIH agreed to delete information related to the genetic sequencing of SARS-CoV-2 at the beginning of the pandemic.

The gene sequencing data was originally submitted to the NIH’s Sequence Read Archive by an unidentified researcher from Wuhan University in China in March 2020 – a mere two months after the virus was officially detected and the same month that the World Health Organization officially declared a pandemic.  After submitting additional gene sequencing data about SARS-CoV-2 in June 2020, the scientist then asked the NIH to retract the submission, claiming there was an error with the data.

According to documents revealed by EMPOWR, the now-deleted data potentially supports the theory that the pandemic virus was indeed man-made in the virology lab in Wuhan, as a result of gain of function research funded by the NIH.

Dr. Jesse Bloom of the Fred Hutchinson Cancer Research Center, a researcher who studies “evolution using viruses and viral proteins as models,” published a paper about this matter in the December 2021 issue of Molecular Biology and Evolution.  Dr. Bloom is also quoted in several of the documents revealed by the FOIA, saying that this data suppression suggests that the “trusting structures of science have been abused to obscure sequences relevant to the early spread of SARS-CoV-2 in Wuhan” and “violates scientific norms and the code of trust essential to science.”

Will the public ever learn the unobscured truth?  From the origin of COVID virus to vaxx “tech,” questions and discrepancies remain

Concerns about genetic sequencing and the origin of the pandemic virus are one of several issues raised by critics of the pandemic and official mitigation policies.  Another issue that continues to be hotly contested is whether the brand new mRNA technology behind the Pfizer and Moderna COVID shots should be considered gene therapy.

This issue is relevant for two main reasons:

“Fact-checkers” certainly insist that the mRNA COVID shots shouldn’t be classified as gene therapy, even though these jabs have been referred to as cell and gene therapy by Big Pharma officials.  According to their sources, even mainstream media like Reuters acknowledge that the shots are at the very least classifiable as “genetic-based therapy,” according to their sources.

Here’s the current Wikipedia definition of gene therapy: “Gene therapy is a medical field which focuses on the genetic modification of cells to produce a therapeutic effect or the treatment of disease by repairing or reconstructing defective genetic material.”  And from the US National Library of Medicine via MedlinePlus: “Gene therapy is a medical approach that treats or prevents disease by correcting the underlying genetic problem.  Gene therapy techniques allow doctors to treat a disorder by altering a person’s genetic makeup instead of using drugs or surgery.”

We acknowledge the confusion over the distinction.  But despite the general consensus that mRNA COVID shots are not directly entering the nuclei of human cells and are supposedly not altering DNA, new evidence has shown that the mRNA shots do indeed integrate into and modify human DNA.  Time may reveal new revelations surrounding this matter, especially as we gain more clarity on the potential long-term impacts of COVID jabs.

What does seem evident is that gene therapy technology was involved in the research and development of these shots, as explained in sources such as, an October 2021 article published in International Immunology (“Development of COVID-19 vaccines utilizing gene therapy technology”).  With this in mind, we continue to advocate for informed consent and the right to bodily autonomy, which should be more important than any effort to mandate emerging (“experimental”)medical treatments.

(NaturalHealth365)  The telecommunications industry has rolled out 5G connectivity quite inconspicuously.  The END_OF_DOCUMENT_TOKEN_TO_BE_REPLACED