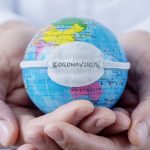 (NaturalHealth365) It is almost impossible not to discern the relentless marketing campaign that the government has launched to persuade American citizens to take the COVID injection.  Due to Orwellian censorship, anyone who dares to question the need for the experimental shots quickly gets silenced or even de-platformed by social media giants YouTube, Facebook, or Twitter.  With social and mainstream media serving as the official narrative’s distribution channels, people hear only one side of the story.  But as we all know, there are two sides to every story.

In a recent interview, former Pfizer scientist, Dr. Michael Yeadon, sounded the alarm that governments worldwide have deliberately deceived their citizens by exaggerating the true risk of the COVID virus.  Why would governments commit such evil acts, you may ask?  Let’s see what Dr. Yeadon had to say.

“Global crimes against humanity are being perpetrated against a large proportion of the world’s population,” according to former Pfizer Executive

According to Dr. Yeadon – a 32-year pharmaceutical industry veteran and former Pfizer Vice President and Chief Scientist for Allergy & Respiratory – the narrative about the existence of new variants of COVID is no more than a lie with absolutely no science to support it.  Despite the lack of scientific evidence, BIG government, BIG media, and BIG tech collude in spreading this unfounded propaganda while desperately blocking any avenue for the truth to come out.

At the same time, it is entirely understandable why continuing the fear-mongering at this stage of the game makes perfect sense – at least from the perspective of the pharmaceutical companies already engaged in the development of unneeded booster shots.  This strategy is by far not a new one in the pharmaceutical space, where companies routinely prepare the market months before launching their products, selling the “need” for whatever they want to market.

Insane new precedent: Pharmaceutical companies will not be required to demonstrate booster shots are safe

As millions more are injected with the first round of COVID shots every day, these injections remain unapproved and marketed under “emergency use authorization.”  One might wonder, at what point will the pharmaceutical companies be required to conduct proper safety studies to show if their products are even safe.  It turns out, this day may never come, as the U.S. Food and Drug Administration (FDA) already cleared the way for the next set of COVID “booster” injections requiring no clinical studies to prove their safety.

According to Dr. Yeadon, governments are clearly conspiring with BIG pharma by giving them the green light to take their mRNA injections from their computer screens “straight into the arms of hundreds of millions of people,” with a false and fabricated justification.  With this new precedence, governments just handed pharmaceutical companies permission to experiment on the population.  What could go wrong? It turns out, plenty.

Yeadon warns that we should think twice about taking any of these unregulated shots.  If someone decides to take it and ends up suffering an injury, there is simply no legal recourse as manufacturers have immunity from prosecution.

Medical tyranny underway: Is it too late to fight back?

Draconian lockdowns, DNA swabs disguised as PCR tests, mask mandates, and other medical orders have been implemented throughout the pandemic to imprison people and strip them from their fundamental liberties.  Tragically, too many people worldwide have willingly given up their freedoms, making it even easier for the perpetrators to continue with their plan.

And the plan is now in plain sight, which is to mass vaccinate as many of the Earth’s population as possible.  Dr. Yeadon heavily criticized the massive push from governments to inject everyone, including the young and healthy.  According to Dr. Yeadon, even if the shots were legitimate, there is no need for mass inoculation as protection is only needed by those at higher risk of death from contracting the virus.

So why the big push to inject everyone?

Without certainty, we can only assume what may be driving this agenda.  But as we continue to gather reliable pieces of information and try to make sense of the craziness, we should ask ourselves this question: Why are the world’s governments so eager to inject unapproved experimental gene therapy into the arms of billions of people? (Do you feel that government “health” agencies really care about us?)

(NaturalHealth365)  The telecommunications industry has rolled out 5G connectivity quite inconspicuously.  The END_OF_DOCUMENT_TOKEN_TO_BE_REPLACED