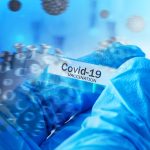 (NaturalHealth365)  An article recently released by Dr. Joseph Mercola details some alarming statements regarding the mRNA COVID shots and other mainstream pandemic mitigation measures that innocent civilians all over the world have been subjected to for the past two and a half years.

In a recent interview with Maajid Nawaz, former vice-president, chief scientific adviser, and head of respiratory research for Pfizer, Dr. Michael Yeadon, PhD, claims that the global elite, public health officials, and Pharma bigwigs have put forth a “deliberate” lie about the “magnitude” of COVID-19 … or lack thereof.

“You’ve been lied to about the magnitude of the threat represented by this entity called SARS-CoV-2 and the disease COVID-19,” Yeadon says, adding that for the astounding majority of people who might become infected with the virus, “no action was needed whatsoever, other than if you’re sick, stay home.”

Sure, the Centers for Disease Control and Prevention (CDC) advises people to stay home if they test positive for COVID-19 – stay in isolation for anywhere from 5 days to 10 days, depending on your symptoms and vax status, to be exact.  But they, along with other three-letter agencies, have also advised far, far more than that.

Sign yourself and your children up for one, two, three, and perhaps even FOUR doses of an unprecedented gene-based drug, for example.  Not willing?  Making a different choice for your body?  Well, if you don’t get these drugs, just know that you might not be able to work nor travel freely in your community … but be sure to ignore the fact that these experimental shots don’t stop the spread of SARS-CoV-2.

This latter point, by the way, is the definition of a leaky vax.  According to Penn State, leaky vaccines “prolong host survival or reduce disease symptoms without preventing viral replication and transmission,” which therefore allows vaxxed yet infected individuals to function as virtual factories for more virulent strains of a virus and permitting the transmission of a “highly virulent pathogen that would normally reach an evolutionary dead-end in a dead host.”

In other words, coercing an entire world to inject themselves with a vax that won’t stop transmission could actually lead to the mutation and spread of even more pathogenic viruses.

Yeadon and others believe it’s no accident that these mRNA shots are leaky.  Yeadon also sees plenty of other glaring problems and “design errors” in these heavily propagandized and coerced jabs – namely that the spike proteins produced by the human body in response to the shot were an incorrect and harmful approach.

In fact, he states, the vast majority of the immune response following natural exposure to SARS-CoV-2 has nothing to do with the virus’s spike protein – yet the explicit goal of the mRNA jabs is to get the jab recipient’s body to create spike proteins against which their own immune system will launch an attack.

The problem, Yeadon says, is that the scientific community has “known for more than a decade that the spike bits from related viruses had unwanted biology that could cause blood to coagulate and activate platelets and make blood clots.”

So, what is the intent of all this gaslighting, fearmongering, and misinformation coming from the “experts” and “trusted sources,” you might wonder?

Yeadon states this “deliberate” act of deceit was intended to exert societal control – a test run, if you will, for the “next” pandemic (as the President, Bill Gates, and others have hinted at plenty of times).  Citing the fact that public health officials knew that nonpharmaceutical interventions like mandatory  masking and lockdowns “didn’t work” is “the strongest evidence of supranational coordination, something happening above the level of country.”

(NaturalHealth365)  Is the COVID shot necessary for kids?  We know most people END_OF_DOCUMENT_TOKEN_TO_BE_REPLACED

(NaturalHealth365)  As Big Pharma rolls out one COVID booster after another, a END_OF_DOCUMENT_TOKEN_TO_BE_REPLACED