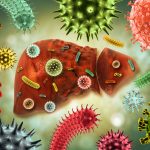 (NaturalHealth365) Shocking, but true: 133 million Americans currently have at least one chronic illness, such as heart disease, cancer, diabetes or liver disease. Although many factors contribute to the ongoing epidemic of chronic (often preventable) diseases, researchers say that shortages of one indispensable enzyme – known as glutathione (also known as “GHS”) – can set the stage for degenerative conditions and failing health.

In fact, research has shown that depletions in glutathione are linked with chronic disease. In one study published in The New England Journal of Medicine, researchers found that having low levels of glutathione made people more likely to have a heart attack.

Let’s take a closer look at how glutathione can help to flush out toxins and enhance overall well-being.

Glutathione, which is found in every cell in the body, defends against disease-causing oxidative damage by neutralizing toxins and free radicals.

Other duties include boosting the immune system, reducing inflammation and protecting fragile cell mitochondria. In addition, glutathione fights the oxidation of fats, repairs DNA and transports amino acids in and out of cells.

GHS also works as a sort of “master conductor” of other beneficial nutrients, helping to recycle antioxidants such as vitamin C, vitamin E, alpha lipoic acid and CoQ10.

Amazingly, GHS not only revives and rejuvenates other antioxidants, but recycles itself as well.

Even with this ability, however, glutathione does not flow through the body in unlimited quantities. We all have a finite supply of GHS, and if it becomes exhausted, the consequences can include toxic overload, liver damage, liver failure and – obviously – premature death.

How to support detoxification at the cellular level

Although GHS is found in every cell in the body, it is particularly concentrated in the liver – where it works overtime to neutralize the carcinogens, pollutants and toxins to which we are exposed on a daily basis.

These include pesticides, herbicides, heavy metals (such as mercury in fish), vehicle and factory emissions, chemicals such as benzene and chlorine found in household cleaners, GMO foods and even radiation from wireless networks.

Detoxification occurs in three stages. In Phase I, or toxin modification, liver enzymes convert toxins into a water-soluble compound that can be flushed out of the body. In Phase II, known as GHS conjugation, the activated metabolites of the toxin are bound to GHS.  In Phase III, or excretion, the toxin is carried out of the body by urine or bile.

If GHS supplies are adequate, efficient detoxification is achieved. But if insufficient GHS exists, the process breaks down – toxins begin to accumulate, and inflammation occurs.

Nonalcoholic fatty liver disease (NAFLD) – excess fat in the liver in people with no history of alcohol abuse – has reached epidemic proportions in the United States. In fact, NAFLD – which can potentially lead to liver scarring, liver failure and liver cancer – now comprises a shocking 75 percent of all chronic liver disease in America.

In a study published last summer in BMC Gastroenterology, researchers examined the effects of oral GHS supplementation on 34 patients with NAFLD.

Patients were given 300 mg of glutathione a day for four months, after a three-month period of lifestyle modifications involving diet and exercise. The team found that levels of a liver enzyme, alanine aminotransferase (ALT), significantly dropped after treatment with glutathione – indicating decreased liver damage and reduced inflammation. Levels of triglycerides, fatty acids and ferritin decreased as well.

The team concluded that oral glutathione has potential therapeutic effects on NAFLD.

Threats to glutathione are everywhere

Of course, one of the best ways to support healthy glutathione levels and effective recycling is to stop it from being depleted in the first place.

Eating an organic diet – free of pesticides and GMOs – can help support precious glutathione levels – as can drinking pure (clean) water and limiting your exposure to toxic household cleaners and insecticides.

Of course, it’s wise to banish cigarettes (if you haven’t already) and eliminate – or sharply reduce – your consumption of alcohol and caffeine.

(Naturally, we do NOT suggest that you stop taking prescribed medications without your doctor’s guidance – but do ask your physician to consider substituting less-toxic, more ‘glutathione-friendly’ natural remedies – whenever possible.)

Experts say the best way to ramp up glutathione and encourage glutathione recycling is to eat foods that help restock your natural supply.

(Note: Natural health experts say that we should each consume 250 mg of dietary glutathione every day. Sadly, most Americans only average about 35 mg.)

Cysteine-rich foods, such as undenatured raw whey protein, are also helpful – as cysteine is one of the trio of amino acid “building blocks” of glutathione. (The other two are glycine and glutamic acid).

N-acetyl-cysteine and alpha lipoic acid both can help increase stores of glutathione. And green tea, fish oil and resveratrol help to “switch on” the genes responsible for glutathione synthesis. Of course, check with your doctor before trying these. (and, remember, quality does matter – in terms of avoiding toxic sources of nutrition.)

Not all natural health experts recommend oral supplementation, as many believe it is broken down too quickly in the digestive tract to be of much benefit.

However, if you would like to try oral supplementation, liposomal glutathione is your best bet.  Liposomes help the glutathione make its way through the digestive tract and into the cells without being broken down.

An integrative healthcare provider might recommend serving sizes of 200 mg to 500 mg once or twice a day, taken on an empty stomach – but, check with your own doctor before supplementing.

Bottom line: Your liver works around the clock to detoxify a steady barrage of toxins – and glutathione is its most important ally. Helping your body maintain adequate supplies of this amazing antioxidant is one of the most vital steps you can take to protect your health and well-being.

(NaturalHealth365)  Every 34 seconds in the United States, somebody dies of heart END_OF_DOCUMENT_TOKEN_TO_BE_REPLACED

(NaturalHealth365)  More Americans are dieting than ever before.  Almost half of Americans END_OF_DOCUMENT_TOKEN_TO_BE_REPLACED