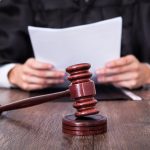 (NaturalHealth365)  On February 16th, 2022, we published an article titled “Criminal investigation underway for COVID-19 crimes against humanity,” in which we informed our readers about the currently ongoing Grand Jury Investigation.  If you recall, this unprecedented proceeding is taking place outside the corrupt judiciary system, before the Court of Public Opinion.

On February 19th, 2022, scientists, doctors, and other experts testified during the 4th session of the Grand Jury Investigation to shed light on the dangers of COVID-19 injections and the psychological warfare used to scare the global population into submission.  During the almost 6-hour session, expert witnesses presented compelling and undeniable evidence that – without the shadow of a doubt – proved the massive fraud surrounding the COVID-19 shots.

Since day one of the injection rollout, we have heard thousands of times that the COVID-19 jab was safe and effective.  However, the evidence to support this alleged safety and efficacy has never been presented to the public by government authorities.  Not only that a scientific debate was not encouraged, but anyone speaking contrary to the official narrative was labeled as a conspiracy theorist, defamed, censored, banned, or worse.

For those with faith in government institutions and big pharma companies, learning about the evidence presented by expert witnesses may be extremely difficult.  Finding out that Pfizer – and government agencies overseeing their trials – failed to follow established safety and efficacy protocols can be hard to conceive.  In addition, it is downright heartbreaking to learn that children – who are at no risk of severe disease from COVID-19 – were harmed by the injections even during the clinical trials.

But what some would call even more disturbing is that governments not only authorized the use of the experimental injections without ensuring it was safe but coerced and forced their citizens to get the toxic substance injected into their bodies.

Watch the testimonies here to see the evidence presented by the experts.

At the Grand Jury session, one of the expert witnesses was Dr. Mike Yeadon, former Chief Scientist and Vice President of Pulmonary Research at Pfizer with 32 years of experience in the biopharmaceutical industry.  In his testimony, he made many powerful fact-based statements that everyone should hear to understand the extent of the crime perpetrated on humanity.

According to Dr. Yeadon, drug companies are fully aware that “it is never appropriate to seek to invent, develop, manufacture and distribute a novel vaccine for a respiratory pathogen of such modest lethality.”  The reason is that the time it would take for companies to ensure that the product is safe would be much longer than “any plausible expectation of the length of time that the pandemic would be around.”

Nevertheless, companies went ahead and made these “gene-based products.”  So the question we should all ask is, what was the intention?

Dr. Yeadon believes that the COVID-19 injections are toxic by design.  In his opinion, drug companies knew that the spike proteins were toxic, genetically unstable, and similar to human proteins, all of which could lead to devastating consequences.

So what is this all about?  Is it about money or control?  Or is it about establishing in the public’s mind that these gene-based products are legitimate so that they can use them again in the future?  We can only assume the real agenda behind the coordinated effort to inject billions of people worldwide with a product many scientists, researchers, and doctors refer to as poison.  Regardless, the strategy to scare the population into blindly accepting the false narrative that the only way to “get back to normal” is through inoculating the entire global population worked like a charm.

Could all this be a giant mistake?  Not a chance, scientist claims

How likely is it for four different pharma companies to make the same set of mistakes?  Not likely, or perhaps even impossible.  As Dr. Yeadon points out, it is close to a mathematical impossibility for all four leading COVID-jab manufacturers – Pfizer/BioNTech, Moderna, Astra Zeneca, Johnson and Johnson – to come up with such similar, poorly designed products.

He believes pharma companies conspired with regulators to pave the way to bring these products to market, and therefore, none of this is by mistake.

The final session of the Grand Jury proceedings took place on February 26th, 2022.  You can watch the recording of the live stream at: Grand-Jury.net.  Then, after considering all the presented evidence, draw your own conclusion about what’s in store for humanity.

(NaturalHealth365)  The Wall Street Journal (WSJ), an organization that reports the news, END_OF_DOCUMENT_TOKEN_TO_BE_REPLACED