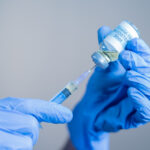 Now, a duo of doctors has combed through a large collection of data to reveal just how damaging these shots have been and continue to be for the human body.  Worrisomely, it doesn’t just appear to be a unique COVID shot problem – the authors fear that all future drugs involving mRNA technology may lead to the same dismal outcomes.

In an August 19, 2022 article published by Doctors for COVID Ethics, Michael Palmer, MD, and Sucharit Bhakdi, MD, discuss what they call “irrefutable proof of causality” between COVID shots, vascular harm, and organ damage.

First, these mRNA vaccines do NOT stay at the injection site as many mainstream vax proponents continue to insist.  Instead, it is evident that materials from these drugs spread throughout the body via “rapid distribution” through the bloodstream and can accumulate in various organs.  Even Pfizer’s own animal research proves this, Dr. Palmer and Dr. Bhakdi point out, referencing Pfizer’s application for vax approval in Japan.

Dr. Palmer and Dr. Bhakdi flush out several other concerning facts about these shots as indicated by various research, including the following:

The co-authors also cite a recent Swedish study published in Current Issues in Molecular Biology, which found that human liver cells grown in a lab and exposed to the Pfizer mRNA shot can actually reverse-transcribe the mRNA and insert it into their own chromosomal DNA.  This is an astounding knock against the claim from the mainstream narrative that mRNA from the COVID shots cannot affect a person’s DNA and absolutely warrants further investigation.

A hint at what’s to come?

As government and public health officials continue to psychologically groom us for even more compliance and medical subjugation by repeatedly referring to “the next pandemic,” the research analysis by Dr. Palmer and Dr. Bhakdi comes with an important warning.

The doctors explain that the mechanisms by which the current mRNA COVID jabs cause harm to the human body are indeed “not limited to COVID-19 vaccines only but is completely general – it must be expected to occur similarly with mRNA vaccines against any and all infectious pathogens.”  “This technology has failed and must be abandoned,” they say.  The problem, of course, is that three-letter agencies and pharmaceutical companies are currently running away with this technology in the hunt to find new applications for mRNA.

The U.S. Centers for Disease Control and Prevention (CDC) says that “mRNA vaccines have been studied before for flu, Zika, rabies, and cytomegalovirus (CMV)” and that “[f]uture mRNA vaccine technology may allow for one vaccine to provide protection against multiple diseases, thus decreasing the number of shots needed for protection against common vaccine-preventable diseases.”

The CDC also says that the goal is to take mRNA ‘beyond vaccines,”: for example, by using mRNA “to trigger the immune system to target specific cancer cells.

Readers, what do you think: is this insistent march toward future research warranted?

How confidently do you feel that the potential safety concerns of these shots are being adequately investigated?  Will these expanded applications of mRNA technology lead to unintended consequences for individual and public health – let alone societal freedoms and medical autonomy?

(NaturalHealth365)  The Wall Street Journal (WSJ), an organization that reports the news, END_OF_DOCUMENT_TOKEN_TO_BE_REPLACED