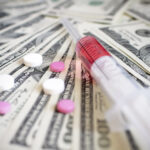 (NaturalHealth365)  Why are we supposed to “trust the science” – which sounds no better than blindly following dogma, really – when questioning science and being curious about the integrity of scientific research has always been the acceptable path?  As a July 2021 article in Scientific American puts it, “Science is a process of learning and discovery, and sometimes we learn that what we thought was right is wrong.”

Yet, in today’s pandemic era, it seems as if the three-letter agencies of the world don’t want citizens to realize they can question science at all.  Instead, it’s as if they would rather us roll up our sleeves for whatever latest version of shots they want us to take, even if these shots have no clinical trials behind them (and that’s even assuming the clinical trials aren’t horribly flawed, to begin with).

Is the FDA making it too easy for Pfizer and Moderna to churn out new mRNA drugs without following proper protocol?

Insisting that the gene-based COVID shots from Pfizer and Moderna have made a “tremendous difference to public health and have saved countless lives,” the U.S. Food and Drug Administration (FDA) announced on June 30 that they are advising the two Big Pharma companies to update their current COVID jabs so that they include “an omicron BA.4/5 spike protein component to the current vaccine composition to create a two component (bivalent) booster vaccine.”

Their hope is that these newly modified versions of the COVID shots will be available as boosters within a matter of months – just in time for the fall “cold and flu” season.

Yet critics say this is yet another example of the dishonest and fraudulent system in which pharmaceutical companies are able to get their highly profitable drugs to market quickly, with no small thanks to the government.

As Dr. Joseph Mercola explains in a recent newsletter in which he discussed the FDA’s bold decision, this scheme effectively allows Pharma to reformulate their shots at will and hand them out to the public even without conducting any additional human clinical trials.  Lacking adequate trial data, this decision seems poised to cause future COVID shots to become even riskier than they are now.

And even if Moderna and Pfizer do conduct clinical trials regarding the new formulations of their shots, it’s important to remember that these companies have been known to commit several questionable practices that effectively rig their trials.  Among these practices are:

As these issues aren’t relevant enough, it’s even more troubling that the U.S. Centers for Disease Control and Prevention (CDC) hasn’t been doing their due diligence to monitor the Vaccine Adverse Events Reporting System (VAERS) for potential safety signals.  This oversight was exposed thanks to a Freedom of Information Act (FOIA) request from the legal team at Children’s Health Defense.

Experts worry about the wave of change this move from the FDA will trigger in terms of future drug trials, other vaxxes

In his latest newsletter, Dr. Mercola eloquently explains his concerns about this new development from the FDA, stating that the agency’s “decision to release reformulated mRNA shots without additional clinical trials is the worst development yet, by far, and has the power to radically change medical science moving forward.”

“Not only will completely untested COVID injections be churned out,” Dr. Mercola continues, “but this ‘framework’ may also, over time, be widened to include other vaccines and drugs that drug makers may want to tinker with.  Heck, it could even lower standards for drug trials in general, which historically have required at least 10 years of multi-phase testing.”

Notice the journey of these gene-based jabs: created at warp speed, tested in shady clinical trials, given shady safety surveillance once released to the public, and now set to be modified and reformulated in whatever way the manufacturers see fit.  Does any of this seem scientific to you?

(NaturalHealth365)  Is the COVID shot necessary for kids?  We know most people END_OF_DOCUMENT_TOKEN_TO_BE_REPLACED

(NaturalHealth365)  As Big Pharma rolls out one COVID booster after another, a END_OF_DOCUMENT_TOKEN_TO_BE_REPLACED