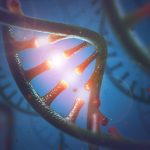 (NaturalHealth365)  The following information in this article about the possible cancer-promoting effects of the COVID shot has been quickly denounced by (Big Pharma-funded) mainstream media outlets.  Even the medical center from which the apparent evidence originated is denouncing the COVID shot and cancer link.

But given the ongoing discoveries surrounding the COVID jab, we find it prudent to take a look at the available information and allow readers to make their own judgments.

The potential cancer-causing effect of the mRNA COVID shots – created by pharmaceutical companies Pfizer and Moderna – was initially brought up due to the results of a 2018 study based out of Memorial Sloan Kettering Cancer Center (MSKCC) in New York City.

In an August 27, 2018 press release (“Scientists Find Cancer Drivers Hiding in a New Place”), MSKCC shared the results of a study that found that mutations within certain molecules of mRNA can turn off proteins in the body that normally suppress tumors.  By suppressing tumor-suppressing proteins, the scientists say, opens the door to cancer growth.

These altered mRNA molecules, MSKCC says, “have the same ultimate effect as known cancer drivers in DNA, so we believe they may play a very important role” in cancer development.

The MSKCC research focused specifically on a type of blood cancer known as chronic lymphocytic leukemia (CLL).  CLL cancer cells often have no evidence for DNA mutations – so the fact that the underlying mRNA could be the true source of cancer-causing mutations makes sense.

Given this research, theories have now circulated that this 2018 data provide evidence that mRNA COVID shots could drive cancer growth in much the same way.  But mainstream news and even MSKCC itself denounces this theory.

There is even a disclaimer now on the article:  “This [2018] research does not relate in any way to the COVID-19 vaccines using mRNA,” MSKCC writes on the top of the press release.  “There are thousands of different kinds of mRNA in human cells.  Each kind of mRNA does different things.  The mRNA used in vaccines does not cause cancer or alter DNA.”

For what it’s worth, roughly 21,250 people in America are diagnosed with CLL every year.  It will be interesting to note if this prevalence changes at all, now that the COVID-19 shots are out in the mass public.

What to do about National Breast Cancer Awareness Month:  Honor it by avoiding these known cancer risk factors

Brand-new mRNA therapy drugs aside, several potential factors increase a person’s risk for cancers, including breast cancer, which affects an estimated 1 in 8 American women.  Many of these risk factors are not within a woman’s direct control, including advancing age, age at first period, age at menopause, and family history.

That said, plenty of risk factors for cancers are avoidable – indeed, cancer is considered by many experts to be a largely preventable and lifestyle-related disease.

Of course, health-conscious readers most likely avoid many of these preventable cancer risk factors already, but at a time when improving your overall health has never been more important, these risk factors are worth revisiting.

The following factors are known to increase a woman’s risk of breast cancer, according to the U.S. Centers for Disease Control and Prevention: