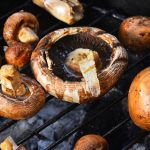 (NaturalHealth365)  If you’re feeling a little more “down in the dumps” lately, you have plenty of company.  In a disturbing – but unsurprising – report, the U.S. Centers for Disease Control and Prevention (CDC) announced that the COVID-19 pandemic had taken a significant toll on national mental health.  Between August of 2020 and February of 2021, the percentage of American adults with recent symptoms of anxiety or depressive disorders jumped from 36.4 percent to 41.5 percent.

On a more hopeful note, researchers at Penn State College of Medicine, have just published a new study suggesting that mushroom consumption is linked to reduced rates of depression.  While nobody claims that mushrooms are a miracle cure for depression, the study indicates that these tasty fungi contain compounds that can lift the mood.  (And many of us could use some of that!)

Let’s see what the research says about the antidepressant effects of mushrooms.

In the study, which involved over 24,000 adults and was published in the Journal of Affective Disorders, participants filled out questionnaires detailing their daily diets.  The researchers concluded that those who ate moderate amounts of mushrooms had a lower likelihood of experiencing depression.

In a perplexing finding, those who ate moderate amounts (about 5 grams a day) experienced the strongest antidepressant effects.  Scientists did not know why higher amounts of mushrooms, such as 20 grams a day, did not experience a reduction in depression rates.  In other words, it seems there is a “sweet spot” for mushroom consumption that leads to lower depression risk.

By the way, the fungi that the subjects reported eating weren’t of the psychoactive or hallucinogenic variety.  Although they weren’t identified by type, they were presumably ordinary mushrooms commonly available in American supermarkets, such as white button, crimini, and portobello.

Addressing the reasons for this surprising benefit of consuming mushrooms, lead researcher Dr. Djibril Ba., Ph.D., noted that they are the highest known dietary source of ergothioneine, an antioxidant amino acid.  This could allow mushrooms to decrease levels of oxidative stress, thereby reducing symptoms of depression.

In addition, mushrooms’ generous amounts of potassium could also contribute to their anti-anxiety and mood-lifting effects.  Mushrooms are also rich in vitamin B12, which is associated with reduced anxiety.  Finally, mushrooms marketed as having been grown under UV light are rich in vitamin D, which has been linked with improvements in mood.

Incidentally, other nutrients believed to have mood-lifting effects include folate (a B vitamin), omega-3 fatty acids (found in coldwater fatty fish like salmon and sardines), and fermented foods such as yogurt and kimchi.  In general, experts note that high-fiber diets – featuring plenty of antioxidant-rich fresh fruits, vegetables, spices, and herbs – can improve mental health while reducing the risk of age-related cognitive decline.

Earlier research by the same group of scientists has shown that the antidepressant effects of mushrooms are not their only benefit.  In a study involving over 16,000 participants, the team found that the group with the highest consumption of mushrooms lowered their risk of premature death by a significant 16 percent.

Moreover, adding mushrooms to the diet while subtracting another item seemed to offer even more important benefits.  In fact, substituting a daily serving of mushroom for a daily serving of red or processed meat lowered cancer risk by 35 percent!

Scientists believe mushrooms’ life-prolonging effects may stem from their content of glutathione – the body’s premier antioxidant – and ergothioneine.  Both glutathione and ergothioneine are believed to play significant roles in preventing chronic diseases and premature death.

That isn’t all.  Earlier research by the same team showed a connection between mushrooms and lowered cancer risk. In a meta-analysis, the scientists found that participants who ate 18 grams of mushrooms a day reduced their cancer risk by 45 percent compared to those whose diets didn’t include mushrooms.

Mushrooms are a true “superfood”

In addition to their other virtues, mushrooms have a stellar nutritional profile.  Virtually free of fat, sodium, and cholesterol, mushrooms are about as low-cal as it gets, with a half-cup serving (35 grams) containing about seven calories and 1.1 grams of protein.  Plus, they are packed with B vitamins and are a good source of copper, potassium, and iron.

Bonus health tip: For mushrooms with the highest ergothioneine content, look for oyster and shiitake varieties.

With their satisfying consistency and savory taste, mushrooms can be consumed raw or grilled, roasted, steamed, or sauteed.  So, go ahead and enjoy mushrooms in salads, stews, risotto, pasta, and omelets.

Not only are they a great addition to a healthy diet, but they might just brighten your mood.

(NaturalHealth365)  Organic produce sales are booming around the world.  Of course, by END_OF_DOCUMENT_TOKEN_TO_BE_REPLACED

(NaturalHealth365)  How many vibrant green superfoods do you consume daily?  If it’s END_OF_DOCUMENT_TOKEN_TO_BE_REPLACED

(NaturalHealth365)  For many people, eating cranberries is a sort of “one-off.”  A END_OF_DOCUMENT_TOKEN_TO_BE_REPLACED