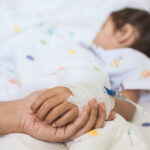 (NaturalHealth365)  A new study shared by the Centers for Disease Control and Prevention (CDC) somewhat grandiosely claims that mRNA shots protect children from a rare “hyperinflammatory illness” caused by COVID-19.

In this article, let’s take a closer look at this study and point out some inconsistencies that the CDC seems to ignore as they continue to push for more and more jabs for juveniles.

The study in question, entitled “Multisystem Inflammatory Syndrome after Breakthrough SARS-CoV-2 Infection in 2 Immunized Adolescents, United States,” was conducted by researchers affiliated with the University of Colorado Aurora.  The study cites two cases of children who experienced (and recovered from) a suspected “hyperinflammatory illness” called multisystem inflammatory syndrome in children (MIS-C).  According to the CDC, MIS-C occurs “after SARS-CoV-2 infection.”

Let’s look at some things that both of these children had in common:

Let’s start with the obvious problem:

If COVID shots are supposed to protect against COVID-19 and protect against severe illness, then why on earth would the CDC brandish these two case reports as a sign of COVID shot success?  Remember, these are “fully vaxxed” previously healthy children who already had a significantly low risk of severe complications associated with natural SARS-CoV-2 infection because of their young age … yet these children become sick enough following a “breakthrough” infection that they required hospitalization.  Trying to claim that their vax status somehow prevented their illnesses from getting worse seems like nothing more than grasping for straws from the CDC.

Next, let’s consider an alternative explanation that the CDC seems to willfully ignore: that their vax status was the explicit reason they experienced severe complications as a result of SARS-CoV-2 infection, a painful medical irony caused by a phenomenon known as Vaccine-Associated Enhanced Disease (VAED).

VAED has been defined as “a rarely-observed phenomenon whereby vaccination promotes immune responses that exacerbate the disease caused by subsequent infection with the associated pathogen” (see an April 2022 review article from Frontiers in Immunology).  In other words, getting vaxxed against a virus drives harmful immune system changes that make a person even sicker once exposed to the virus (instead of more protected).  In these hopefully rare cases, the vax would do the exact OPPOSITE of what it is “supposed” to do.

VAED could absolutely explain why these children suffered from MIS-C after getting a “breakthrough” COVID-19 illness.  And it’s not as if VAED isn’t on Pfizer’s radar.

In Table 5, page 11 of a confidential report from Pfizer called “5.3.6 CUMULATIVE ANALYSIS OF POST-AUTHORIZATION ADVERSE EVENT REPORTS OF PF-07302048 (BNT162B2) RECEIVED THROUGH 28-FEB-2021,” Pfizer refers to VAED as an “Important Potential Risk,” but goes on claim that current data shows the phenomenon is only “theoretical” and not yet observed clinically.

Pfizer cites the following data: “VAED may present as severe or unusual clinical manifestations of COVID-19.  Overall, there were 37 subjects with suspected COVID-19 and 101 subjects with confirmed COVID-19 following one or both doses of the vaccine; 75 of the 101 cases were severe, resulting in hospitalisation, disability, life-threatening consequences, or death.  None of the 75 cases could be definitively considered as [VAED].  In this review of subjects with COVID-19 following vaccination, based on the current evidence, [VAED] remains a theoretical risk for the vaccine.  Surveillance will continue.”

We are not claiming that the cases of these two unfortunate 14-year-old kids prove VAED.  However, we are concerned that the CDC and other researchers seem so willing to ignore VAED as a possible explanation.  Just how many people are harmed by these shots and put at even MORE risk when exposed to circulating coronavirus variants?  Is adequate surveillance honestly being conducted, as Pfizer claims?

(NaturalHealth365)  The Wall Street Journal (WSJ), an organization that reports the news, END_OF_DOCUMENT_TOKEN_TO_BE_REPLACED