Uncovering the mysteries of consciousness and a call for cleaner living 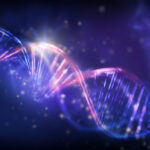 (NaturalHealth365)  Science has long trained us that some components of human physiology are static.  The brain controls the nervous system and regulates the organs, DNA carries the blueprint for who and what we are, and genes make us who we are.  But it turns out these are all moving parts.

And they all move together.

Every day scientists are peering deeper and deeper into parts of humans that have long been taken for granted as having a sole function and never altering its course.  They assert that things like genetics and DNA play no part in human consciousness when in fact, it’s those very things that give each person’s consciousness its own stamp of individuality.

In the current atmosphere, nearly everything we are exposed to exists in some way in the biotech landscape.  Food is created in labs, while everything from animals to plants to humans is genetically modified.  As a result, it is becoming harder and harder to find food that is actually food, untouched by the hands of science, in the name of more, faster, and cheaper.

A few brave voices in the scientific community are rising and calling out the dangers of bioengineered foods and how biotechnology is proving to be quite the opposite of what it promises.

It is time to detox from the world as we know it.

The truth is that toxins we consume or expose ourselves to now can become integrated into our DNA and genes to resurface and corrupt the bodies and minds of future generations.  The gift that keeps on giving.

Science has learned how to wield the great sword of biotechnology, and while there have been great benefits, there have also been great harms.  But, unfortunately, there is such a thing as too much of a good thing, and somewhere somebody crossed a line – and others followed.

If those who come after us are to have any hope of a healthy tomorrow, we must make conscious, intended changes today.  What we do or don’t do to our bodies now will be translated to the generations that come after us.  And while the body seems to be the primary focus, it is the mind, the consciousness, that is truly in danger.  For when the mind goes, there’s no coming back.

Rediscover the human consciousness, one day at a time

Somewhere along the way, we lost control.  Science is an animal that is not intended to be tamed, for that would halt the great discoveries and advances that have truly made our world a better place.  But it must be respected.

We didn’t respect it.

It also means saying yes to organic foods, natural remedies, clean water, better sleep, and lower stress.  Can we find it?  We found it once, and we’ll find it again.