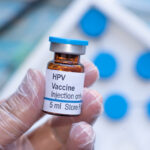 (NaturalHealth365)  As parents increasingly feel pressured to expose their children to the harms of the Gardasil vax, evidence continues to grow that they need to stand their ground.  The very vax that government officials and physicians alike are pushing on families is being further exposed as a pharmaceutical product that a growing list of experts characterizes as overly expensive, ineffective, and potentially deadly.

Since its approval by the Food and Drug Administration (FDA) in 2006, Merck & Co.’s Gardasil vaccine has been at the center of a firestorm of controversy, ignited by a mounting body of evidence suggesting that reassurances from physicians, pharmaceutical companies, and television commercials are not to be believed when it comes to HPV vax dangers.

Dr. Dalbergue was quoted in April of 2014 by the French magazine Principes de Santé (Health Principles) as predicting that the Gardasil shot, which he describes as “useless” and highly expensive, will go down in history as one of the greatest medical scandals of all time.  He goes on to say:

“The evidence will add up to prove that this vaccine, technical and scientific feat that it may be, has absolutely no effect on cervical cancer and that all the very many adverse effects which destroy lives and even kill, serve no other purpose than to generate profit for the manufacturers.”

Gardasil, sometimes referred to as the human papillomavirus (HPV) vax, is administered in three shots over the course of six months, supposedly to protect against HPV infection and its complications, including cervical cancers in women.  The shot is also marketed as offering protection against genital warts, as well as cancers of the anus, vulva, and vagina.  Unlike other HPV shots, Gardasil is given to males as well as females.

In addition to pain and fever seen with a host of shots, the reported side effects of Gardasil also include such debilitating and deadly complications as paralysis of the lower limbs, vax-induced multiple sclerosis, cases of Guillain-Barré syndrome, vax-induced encephalitis, and sudden death.  The Centers for Disease Control and Prevention (CDC) has repeatedly sung the praises of the Gardasil vax, recommending that girls and boys receive the three doses in time to develop an immune response before becoming sexually active.

Parents are routinely advised by their family physicians to vax girls as young as age 9.  Years ago, the CDC distributed a DVD meant to marginalize the side effects of Gardasil.  The video was designed to target minority populations and what the agency determined to be “underserved” areas.

In the United States, the vax has been strongly and consistently pushed to parents, while the most serious side effects are often swept under the rug.  State and local health agencies are estimated to have spent tens of millions of dollars to increase the number of vaxxed adolescents.  Low-income and minority populations have been the target of promotional campaigns and interventions meant to promote the Gardasil shot.

While families are not able to bring lawsuits against vaccine manufacturers, data from the U.S. Department of Health and Human Services (HHS) reveals a horrible irony: millions of dollars have been awarded to victims in claims involving the very HPV vaccine the government is trying to force on families.

(NaturalHealth365)  Ever wondered why the relentless push to get every man, woman END_OF_DOCUMENT_TOKEN_TO_BE_REPLACED

(NaturalHealth365) “Please maintain six feet of space between you and others.” We’ve END_OF_DOCUMENT_TOKEN_TO_BE_REPLACED