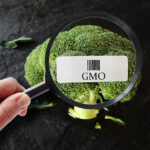 (NaturalHealth365)  Bill Gates has had his fingers in some pretty shady pies lately, and now he, along with the World Economic Forum (WEF), have joined forces in an initiative that impacts every person and family in this country.  It seems that Mr. Gates has our food supply squarely in his sights.

You may have noticed the “bioengineered” notice or seal on many food labels on grocery store shelves, but that’s just the beginning.  Gates has an apparent affinity for Frankenfoods, perhaps because of the money to be made there – at the consumers’ expense.  Whatever the case, the Bill Gates-funded Lab Meat and Lab Dairy lobby is gaining significant traction as more and more tycoons hailing from Silicon Valley step up to back the effort.  The result is real, whole foods fading away until they are extinct, along with the family farms and ranches that produce so much of our food.  And, of course, the WEF is behind it all as Gates’ partner in crime.

You may be eating GMO foods and not even know it

Chances are, you’ve been consuming unregulated and unlabeled GMOs for years and don’t know it.  Cream cheese, ice cream, and snack bars often contain GMO additives.  These foods have no regulations regarding their GMO status because they fall outside the purview of the agencies that should be regulating our food.

This means that you have likely consumed GMO food and did not even know it.  Even if the GMO ingredients are included on the label, many companies are using vague or misleading terms, and people generally don’t understand that at least some of the ingredients in that list are GMO.  Some common terms include “fermentation technology” and “synthetic biology,” but there are others.

Now, as lab meats and dairy are being bioengineered and marketed to the public, pasturing of animals, holistic grazing, and organic farming are becoming increasingly villanized by the same companies that are pushing their fake food as a superior replacement with lies that include it is completely plant-based, ethical, nutritious, and safe.  They even go so far as to deny that their lab-created foods are not genetically engineered.

All lies are intended to deceive the public into jumping on board so they can put the farmers and ranchers out of business.

In the wake of SynBio, fake foods rise and reign

SynBio or synthetic bioengineered food is not what they claim.  First, they are not sustainable or plant-based; worse, they are not adequately tested for safety and are not labeled appropriately.  This means that they are minimally regulated at best.

The wake of these foods is catastrophic, with threats to the livelihoods of the producers of real food, such as independent ranchers and small farmers.  But there are also significant threats to our environment and the health of the people on this planet.  In fact, there is an increasing amount of evidence that shows these foods have little to no nutritional value and are generally unsafe.

And this is what Bill Gates and his cronies want to cram down our throats while denying us real, whole foods that are safe and nutritious.  What’s worse is world governments are letting him get away with it, which indicates it goes far deeper than it may appear.

Here is how to take action and reclaim real food

Protests, boycotts, litigation, and mass public education are the tools that will bring Gates’ shady dealings with our food into the light.  The more you know, the more action you can take against it.  Refusing to purchase fake foods such as fake cheese, fake milk, and fake meat can drive them off the market.

Instead, buy from small farmers or ranchers, grow food in your own garden (using heirloom seeds), and stop buying foods labeled “plant-based” products.  If you really want to follow the vegan lifestyle, make your own meat alternatives using nuts or other natural ingredients.

It might take a little more work, but at least you will know exactly what is in your food.  And that’s worth a lot more than saving a few bucks or shaving a few minutes off your food prep time.

(NaturalHealth365)  Research over the past decade has shown, without a doubt, that END_OF_DOCUMENT_TOKEN_TO_BE_REPLACED