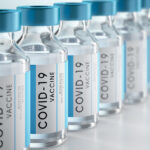 Yet, despite these strict regulations, dozens upon dozens of pharmaceutical-grade drugs have ended up on the market over the past decades only to cause serious and sometimes deadly consequences, from birth defects to cancer to heart attacks.  Even COVID shots have had issues with contamination already!

Now, there is evidence compiled by the Centers for Disease Control and Prevention (CDC) and Food and Drug Administration (FDA) suggesting that a small batch of COVID shots is responsible for a significant number of adverse reactions and deaths.

We know all too well of cases in which drugs thought to be “safe and effective” ended up being incredibly detrimental and sometimes lethal to unsuspecting patients.  And even if, statistically speaking, most people who take a given drug will be “fine,” statistics don’t really matter when it’s you or someone you love suffering from a serious adverse effect.

Take the tragic case of thalidomide.  This drug was pushed on pregnant women in the 1950s and 1960s for nausea management but ended up causing troubling birth defects in thousands of children.  More recently, the removal of all ranitidine (Zantac) products from pharmacy shelves due to contamination by a cancer-causing chemical called N-Nitrosodimethylamine (NDMA) highlights the reality of unintended, ignored, or hidden problems associated with medications.

In the case of tainted Zantac, the FDA admitted to the public that the level of NDMA impurity appears to “[increase] over time and when stored at higher than room temperatures” … quite the “oops” realization that ranitidine drug trials almost certainly did not suspect nor look for.

Less than two years after the mass vax experiment began, we’ve already seen examples of COVID shot contamination, too, such as the breaking news from Japan last September in which it was found that vials of Moderna jabs were contaminated by particles of metal.

At least in the case of contaminated Japanese mRNA jabs, there was a massive and relatively swift recall.  But a recent investigation of official data from the United States vax surveillance database suggests that there are batches of COVID shots in the United States right now that are responsible for an unusually higher number of deaths … but regulators have yet to pull these doses off the shelves.  Why?

On its website, the Daily Exposé shared a comprehensive review of recent data from the U.S. Vaccine Adverse Event Reporting System (VAERS).  The analysis revealed that there have been an alarmingly high number of adverse events (AE) and deaths following COVID shots coming specifically from certain “batches” of Pfizer and Moderna jabs.  This includes lot number EN6201 from Pfizer and lot number 041L20A from Moderna.

In the pharmaceutical industry, a lot number is defined as “an identifier assigned to a batch of medications [that] facilitates drug manufacturing inventory control and tracing adverse incidents in a batch of contaminated medications.”

In fact, just 5% of all COVID shot batches produced by Pfizer and Moderna were associated with every single death included in this VAERS data analysis – an incredibly small number of doses causing a significant degree of harm and suffering.

As it turns out, Moderna lot number 041L20A actually underwent a recall by the Orange County Healthcare Agency in January 2021 due to increased reports of allergic reactions.  But by and large, we have yet to see appropriate precautionary action and recall of these suspicious batches from our country’s Medicine Regulators.  What’s more, these AE-linked lot numbers were widely dispersed throughout the country, while other batches with less associated harmful reactions were sent to a fraction of locations.

Even the most well-intentioned drug researchers and clinical trials cannot guarantee that deadly issues like contamination, storage problems, and other consequences will never happen as a result of pharmaceutical products.  With this in mind, it is truly immoral to demand that every man, woman, and child take a drug of any sort – especially if the potential risk of a given medication does not outweigh the potential benefit, based on the individual’s health and age.

(NaturalHealth365)  Ever wondered why the relentless push to get every man, woman END_OF_DOCUMENT_TOKEN_TO_BE_REPLACED

(NaturalHealth365) “Please maintain six feet of space between you and others.” We’ve END_OF_DOCUMENT_TOKEN_TO_BE_REPLACED