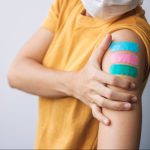 (NaturalHealth365)  For months, pandemic critics have pointed out the hypocrisy of government officials suppressing early treatment for COVID-19 and promoting the disastrous public health movement of locking down the world.  Health authorities coerced people (using millions of dollars in propagandized advertisements and celebrity endorsements) into taking a new gene-related therapy with the promise to prevent transmission of a highly survivable viral infection – never mind that later the jab was shown to be completely ineffective at preventing transmission after all.

The gaslit general public is now supposed to believe, of course, that these shots were “never” about stopping transmission but only about reducing the risk of severe illness and death.  However, official data from the UK shows yet again that even that claim is completely unfounded.

Vaxxed individuals in the UK significantly more likely to die of all causes than unvaxxed, analysis of official data reveals

The latest figures released in May by the UK’s Office for National Statistics (ONS) suggest that people who received COVID shots are much more likely to die of any cause than vax-free individuals.  Incredibly, this trend appears to hold for all age groups.

Here are some of the most alarming data shared by ONS:

To be clear, these alarming trends were not always the case.  Within the first two months after COVID shots began rolling out in England starting on December 8, 2020, it was the unvaxxed individuals who appeared more likely to die of any cause other than COVID-19.

By April, however, the rates started to normalize, and from May 2021, a major flip happened, with age-standardized mortality rates showing that vaxxed folks were more likely to die than the unvaxxed by any cause other than COVID-19.

Interestingly, the Daily Expose suggests that the age-adjusted mortality rates seem to correlate with the order in which people received the COVID-19 injections, as England rolled out their COVID shot program by age, with the oldest citizens being offered the shots first.

Month after month, the ONS data suggests that younger and younger age groups (from 90+ down to 50-59) began experiencing dramatic upticks in mortality.  The Daily Expose says of their analysis that this data could very well indicate that “the COVID-19 injections take approximately 5 months to completely decimate the immune system to the point where a person’s chances of dying of any cause are significantly increased.”

If this is what official data shows, one has to wonder what’s not being discussed

We would be remiss not to remind readers that the number of injuries, illnesses, and deaths post-jab are most likely underreported, even at this stage in the pandemic.  Doctors are quick to dismiss concerned patients and caregivers, touting the tired adage that “correlation does not equal causation.”

Yes, correlation does not equal causation.  But two factors can’t have a causal relationship without being correlated – and the growing trends in data pointing to a correlation between these mRNA shots and negative health outcomes is nearly becoming too great to ignore.

(NaturalHealth365)  According to the American Cancer Society, “There is no information that END_OF_DOCUMENT_TOKEN_TO_BE_REPLACED