SHOCKING: Quarantined Melbourne citizen threatened by police to be gassed 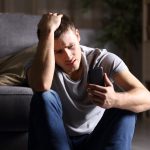 (NaturalHealth365)  History buffs know the continent and country of Australia began as a penal colony – and the irony of this has not been lost on anyone criticizing the nation’s recent pandemic measures.

Now routinely compared to a police state, Australia has issued some of the western world’s harshest pandemic mandates, including quarantine camps for COVID-19 positive people – including those who have received a COVID shot.  And want to leave before your time is up?  A shocking video uploaded to YouTube on September 3rd reveals the consequences you might face.

We have had readers from Australia in the past say the quarantine hotels were “quite pleasant … and no big deal.”

It looks like a lot has changed since then.

In a video recently uploaded to YouTube, a man films inside an Australian quarantine camp (located in a hotel).  He captures shocking audio of police threatening to gas someone who wants to leave.

WARNING: The following video contains graphic content and profanity, and many viewers may find it disturbing.  Viewer discretion is advised before watching the video for yourself. (NSFW)

“No air, no leaving the room for 338 hours, the second time in my 11 days here someone has totally smashed up their room, babies crying,” says the man who shot the footage.  His channel, Million Dollar Bogan, has more than 91,000 subscribers.  As of September 15, the video now has nearly 129,000 views.

The video description continues:  “I think this guy thought he was leaving today when he is actually leaving at 11:59 pm tonight.  You go crazy being all alone.  Is this really necessary?  I myself had 9 negative tests before being denied to quarantine at home, and I am vaccinated.  Why?  What is the price of Victorians’ mental health?  Does anyone actually care?  This guy is threatened to be gassed by authorities if he doesn’t calm down??”

In a September 2 article published by The Atlantic, Victorian Premier Daniel Andrews is quoted as saying that extreme lockdown measures in Victoria, Australia are “not about human rights,” but human life.  President Joe Biden echoed this view during a September 9 speech when he backtracked on jab mandates, adding that getting injected with the COVID-19 shot is “not about freedom or personal choice.”

It would almost seem as if the media and government officials are explicitly trying to normalize the loss of bodily autonomy and the right to mobilize freely in society, while concurrently downplaying the known harms of lockdowns.

To this last point: in a February 2021 article published in the Frontiers in Public Health, pediatric critical care medicine specialist Dr. Ari Joffe conducted a cost-benefit analysis which suggested that lockdowns are 5 to 10 times more harmful in terms of wellbeing years than COVID-19 itself.

Meanwhile, here’s some of what people are “allowed” to do in Melbourne right now, according to the Victorian government – at least until at least 70% of the adult population receives at least one COVID shot:

Melbourne residents must also wear masks everywhere, indoors and outdoors, except at home, and are not allowed to have visitors to their homes.  Only businesses deemed “essential,” including supermarkets and pharmacies, are allowed to stay open.

In case you were wondering, on September 14th, just over 400 new cases of COVID-19 were reported in Melbourne – a city of more than 5 million people.

(NaturalHealth365)  Alarmist headlines are worth approaching with a healthy dose of skepticism.  END_OF_DOCUMENT_TOKEN_TO_BE_REPLACED