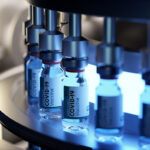 (NaturalHealth365)  If any independent scientists out there have been struggling to be able to examine the vials of mRNA shots from Pfizer and Moderna, it could be because these drugmakers simply don’t want people to know what’s really inside (or not inside).

The BMJ article in question, titled “The EMA covid-19 data leak, and what it tells us about mRNA instability,” begins by explaining a shocking situation that occurred back in December 2020:

The European Medicines Agency (EMA) was the victim of a cyberattack.  This cyberattack happened to occur when the EMA was analyzing the Pfizer-BioNTech COVID-19 vax.  As a result, “More than 40 megabytes of classified information from the agency’s review were published on the dark web, and several journalists – including from The BMJ – and academics worldwide were sent copies of the leaks.”

After reviewing these documents, The BMJ found that regulators “had major concerns over unexpectedly low quantities of intact mRNA in batches of the vaccine developed for commercial production.”

One leaked November 2020 email from a “high ranking EMA official” outlined several concerning issues about the inconsistencies with the COVID shots.  Compared to the shots used in clinical trials, for example, nearly 60 to 80% of the commercial shots had “a significant difference in % RNA integrity/truncated species.”

“In short,” The BMJ article explains, “commercial manufacturing was not producing vaccines to the specifications expected, and regulators were unsure of the implications.” The article also suggests that these problems with mRNA integrity were not entirely unexpected, saying that “RNA instability is one of the biggest hurdles for researchers developing nucleic acid based vaccines.”

Writing for Children’s Health Defense, Dr. Joseph Mercola puts it bluntly: “The reason health officials don’t want individual vaccine vials examined by independent scientists is that the vials are all different – and the mRNA in the shots is not intact.”

If the mRNA found in these mandated injections is not intact nor stable, this could help explain why these jabs are so ineffective at preventing the spread of SARS-CoV-2.

The BMJ cited a 2021 article from The Journal of Pharmaceutical Sciences in which authors noted that the “complete, intact mRNA molecule is essential to its potency as a vaccine” and that “[e]ven a minor degradation reaction, anywhere along an mRNA strand, can severely slow or stop proper translation performance of that strand and thus result in the incomplete expression of the target antigen.”

The inconsistencies with mRNA stability go beyond shot effectiveness, of course.  This revelation from leaked EMA data certainly calls into question the safety of these drugs.  For example, it’s plausible that the lack of mRNA integrity could explain why some lots or batches of COVID shots given to the public are associated with greater numbers of severe side effects and deaths, while other lots or batches appear much better tolerated.

Unfortunately – and perhaps this is no surprise, given the novel and rushed regulatory process surrounding these drugs in general – there are no specific regulatory guidelines in place for integrity standards of mRNA-based vaxxes at this point.  And despite reaching out to Pfizer, Moderna, EMA, and other stakeholders, the BMJ was “unsuccessful” in its attempt to “clarify current standards.”

(NaturalHealth365)  Is the COVID shot necessary for kids?  We know most people END_OF_DOCUMENT_TOKEN_TO_BE_REPLACED

(NaturalHealth365)  As Big Pharma rolls out one COVID booster after another, a END_OF_DOCUMENT_TOKEN_TO_BE_REPLACED