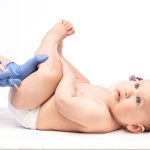 (NaturalHealth365)  The likelihood of young children developing serious or even fatal cases of COVID-19 is exceptionally low, and thank goodness for that.  That said, we might wonder why Big Pharma and government officials are so insistent on injecting kids, toddlers, and even babies with THREE doses of a novel drug which, according to U.S. Centers for Disease Control and Prevention (CDC) director Rochelle Waleknsky, can’t even prevent SARS-CoV-2 transmission or infection.

What injecting kids can do, however, is expose them to a whole host of potential known and unknown risks from the drug itself.  And the real reason for this insanity could be much more sinister and self-serving (for Big Pharma, at least) than we realize.

The push for getting mRNA COVID jabs into the tiny arms of millions of American kids was never really about protecting our youth and greater public health, says Robert Kennedy, Jr., founder of Children’s Health Defense.

In an interview with podcaster Mikhaila Peterson, Kennedy, Jr. asserts that the true reason known-criminal company Pfizer worked relentlessly to get its gene-based jab approved for youths was so that their highly profitable mRNA product could earn liability protection.

According to Kennedy, Jr., companies like Pfizer would never market and sell a vax unless they were granted liability protection for it – because getting sued for the inevitable damages caused by the shot would effectively destroy these companies financially.  He also states that if the COVID shot is eventually put on the CDC childhood vax schedule, Pfizer doesn’t have to worry about being held responsible for any future jab-induced harm.

Currently, people can’t sue for damages caused by COVID shots since they are only available under Emergency Use Authorization (nevermind the fact that Pfizer violated clinical trial protocols to secure the EUA for the pediatric COVID shot and that the so-called FDA-approved version of the Pfizer shot COMIRNATY isn’t actually available to the public).  But once a shot earns FDA approval, it opens the legal doorway for people to sue the shot manufacturer for any illness, injury, or death that the shot causes – “unless they can get it recommended for children.”

In other words, Kennedy, Jr. explains, if a vax is “officially” recommended for kids, then the vax automatically gets liability protection, and that’s true no matter who ends up taking it, adult or child.  And “that’s why they’re going after kids,” he says.

So I’m guessing everyone is wondering why the FDA voted unanimously to give not one — but THREE shots of the [email protected] to the youngest of children when there’s N emergency.

It is IMPERATIVE they have this approval.
R. obert K. ennedy Jr. tells us why: pic.twitter.com/denjlTchMF

COVID shot clearly failed – or did it?

It’s insane enough to demand that children as young as six months old get three injections of a gene-based therapeutic (in addition to the DOZENS of other shots they are already supposed to get) without any long-term data on the drug nor thorough investigation into the effects of combining all these drugs at once.  But to know that Big Pharma and the government want these drugs in kids knowing that the drugs don’t even do what they’re “supposed” to do (that is, stop transmission of SARS-CoV-2 and prevent COVID-19) is truly beyond the bounds of sound scientific reason.

Of course, officials insist that the mRNA COVID jabs were indeed “highly effective” during clinical trials and early on in the mass injection program but that the effectiveness simply waned over time (one popular talking point: that people who didn’t take the shots were somehow to blame for the failure of the shots to stop transmission!).  But could it be possible that the shots were intentionally designed to be “leaky” (unable to stop viral transmission)?