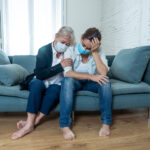 (NaturalHealth365)  According to the American Cancer Society, “There is no information that suggests that COVID-19 vaccines cause cancer.  There is also no information that suggests these vaccines can make cancer grow or recur (come back).” Reading carefully, you’ll notice that these sentences do not definitively state that “COVID shots do not cause cancer.” Why is this important?  Because there simply isn’t enough evidence to make such a claim.  Akin to the phrase “correlation does not equal causation,” it can also be said that “absence of evidence does not always mean evidence of absence.”

What this does mean is that the onus is on the medical and research community to further investigate the possible links between cancer and COVID jabs.  And as many family members are sadly learning, there may also be a need to challenge health agencies to provide increased resources for autopsies among people who may have died due to complications from the jabs.

“My dad died from one AstraZeneca jab disguised as cancer”

A loyal reader of the Exposé News and NaturalHealth365 lost her father this past summer.  She recently wrote to the Exposé to share her family’s experience.

The author of the letter, known only as “Heartbroken but Still Fighting” from the UK, states that about 16 months after receiving an injection of the AstraZeneca shot (batch number AB 0011), her 70-year-old father died on June 4, 2022.  Only about 6 months before his death, the man was diagnosed with stage 4 cancer (Burkitt lymphoma cancer).

After getting his one and only COVID shot, the woman writes, her father began experiencing a host of unusual symptoms.  Immediately after the shot, she writes, her father began complaining of a sore arm and extreme lethargy (fatigue).  And in the weeks that followed, he exhibited extreme night sweating and decreased sensation in his left leg, complicated by what he described as “shooting electrical pains.”

All of this ultimately culminated in worsening symptoms (including constipation, severe abdominal swelling, and decreased functional mobility) and, after much prodding from his daughter, an eventual diagnosis of cancer.  After being told by his doctors that his cancer went into remission following devastatingly difficult chemotherapy, the man’s medical team discovered what was presumed to be a metastatic brain tumor.

The man ultimately passed away after a difficult few weeks that the woman described in graphic detail – and his family were left with more questions after his death.

In fact, the reader “tried to have an autopsy done” on her father after he passed away to see if a vax-related death could be ruled out.  But her father’s doctor said that because the man had been treated primarily for cancer, “he didn’t know how to authorize or conduct an autopsy to rule [vax-complications] out,” and therefore, she would require a specialist to conduct the autopsy – requiring time and money that the woman simply didn’t have.

This means that an autopsy was not done, questions weren’t clarified, and real answers weren’t found.  This woman and her family will have to “settle” for the idea that her father’s death had nothing to do with the experimental shot he received less than 18 months before his death, a shot that precipitated a cascade of new health problems – problems which ultimately proved to be fatal.  On top of everything, our reader now has her mother to worry about as well, “who is a lot more easily tired these days since having one AstraZeneca and whose shingles has flared up after having the jab,” she writes.

The woman’s story is sobering, and it also left her with an important question: “for families going forward that are questioning how their loved ones died, are there specialists out there that can do these autopsies looking for the peculiar?  Maybe it’s worth having a directory as time is obviously a factor to find them before deterioration [sic] etc.”

The COVID shot cancer link: what we know (and don’t know)

There is simply no conclusive evidence yet one way or another to confirm or deny the link between COVID shots and cancer.  But there are several proposed theories or possible explanations that many critics argue warrant further investigation:

Could one, some, or all of these hypotheses hold any truth?  Is the mainstream medical community properly investigating these hypotheses?  And should individual citizens still reserve the right – free from the consequence of job loss or social ostracization – to opt out of these shots when so much about their long-term health impacts is still unknown?

(NaturalHealth365)  The Wall Street Journal (WSJ), an organization that reports the news, END_OF_DOCUMENT_TOKEN_TO_BE_REPLACED