SHOCKING admission: You are part of a clinical trial if you take the monkeypox jab 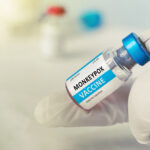 (NaturalHealth365)  Earlier in the COVID-19 pandemic, the U.S. Food and Drug Administration (FDA) and others readily admitted that the COVID jabs from Pfizer and Moderna were considered experimental drugs (which the FDA uses as a synonym for investigational drugs, directly on their website).  And while official clinical trials were conducted to determine the “safety and efficacy” of these shots, many questioned whether the millions of people outside these trials who were being told to take the drugs weren’t also a part of the larger mass experiment.

It’s a position routinely shunned by the mainstream media.  Yet a senior official at the World Health Organization (WHO) just seemed to shockingly admit that a mass drug experiment involving the global public and monkeypox virus is underway.

Monkeypox vax recipients will be subjecting themselves to clinical trial, WHO official admits

Does anyone venture to guess how much informed consent is actually going on when it comes to the new monkeypox vax?

In a July 23, 2022, media briefing, Tim Nguyen – Unit Head of Global Infectious Hazards Preparedness at the WHO Emergency Programme – brazenly admitted on camera that the efficacy of the monkeypox vaccines is effectively unknown because “they haven’t been used in this context and in this scale before.”

An interesting take that makes one wonder: why was that exact same logic not applied to the COVID shots?

Nguyen continued: “And therefore, when these vaccines are being developed, that they are delivered in the context of clinical trial studies and prospectively collecting this data to increase our understanding of the effectiveness of these vaccines.”

“Delivered in the context of clinical trial studies.”  It’s an odd statement and very different than saying that clinical trials will be or are being conducted. After all, who exactly are these shots being delivered to?  Thousands of New York residents, for one thing.

In a July 21 press release, the New York City Health Department announced that approximately “26,000 additional doses [of the JYNNEOSTM vaccine] were delivered to New York City as part of Phase 2b from the federal government and state, and will be distributed via clinics, mass vaccination sites and community-based referrals.”  The NYC Health Department adds that “current cases are primarily spreading among social networks of gay, bisexual, and other men who have sex with men.”

If you were wondering, “Phase 2b” refers to Phase 2 clinical trials currently being conducted by the Fauci-run National Institute of Allergy and Infectious Diseases (NIAID).  Additionally, the JYNNEOSTM vax “features an attenuated (weakened) form of live vaccinia virus,” according to the NIAID.  The vaccinia virus is a different virus from the pox family.

On the heels of his colleague admitting that monkeypox vax recipients are effectively signing themselves up for a clinical trial, WHO Director-General Tedros Adhanom Ghebreyesus officially declared the ongoing monkeypox outbreak to be a ‘global health emergency.’  Tedros went against the majority of an expert committee who voted against the declaration (only 6 of 14 committee members were in favor).

Let us remember what these public health declarations and mass experimental vax initiatives are for: a rare and generally mild viral disease that has a survival rate of 99%, according to the U.S. Centers for Disease Control and Prevention (CDC).

No, we do not want people getting viral illnesses, even if they’re mild.  But does this “outbreak” truly warrant such alarm and such an immediate push for even more shots?