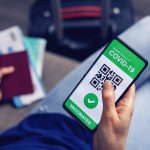 (NaturalHealth365)  Why mandate a medical treatment “in the name of public health” if it doesn’t effectively stop the transmission of an infectious disease?  (Why mandate a medical product at all, given how such a precedent runs entirely counter to the basic human right to bodily autonomy and freedom of choice without coercion?)

Why indeed, especially now that we are seeing more and more evidence that seriously questions the validity and legitimacy of vax mandates?

Over at The Brownstone Institute, epidemiologist Dr. Paul Alexander recently published an excellent round-up of some of the most recent evidence calling into question the so-called “safety and efficacy” of COVID shots.  Among the 44 studies he summarized, here are just a few that stand out:

Dr. Alexander concludes with clearheaded logic, based on the preponderance of available evidence, that “COVID vaccines should not be expected to contribute to eliminating the communal spread of the virus or the reaching of herd immunity.  This unravels the rationale for vaccine mandates and passports.”

Are we really “following the science” or simply manipulating data (and American memory) to ensure the original narrative still fits?

In the past few months, you may have noticed an interesting pivot from MD influencers, public health officials, and other mainstream advocators of the official COVID-19 narrative.

Suddenly, we are supposed to believe that the COVID shots were *never* meant to stop transmission or prevent someone from getting infected with SARS-CoV-2 – they were only intended to prevent severe illness, hospitalizations, and deaths.  Even the director of the Centers for Disease Control and Prevention (CDC), Rochelle Walensky, brazenly admitted that what the injections “can’t do anymore is prevent transmission.”

This is clearly manipulative gaslighting.  We were told from the very beginning that the rapidly developed vaccines would be the only way to “end the pandemic” and that only people who are “fully vaxxed” (as if that’s an attainable status) would have access to their job and public spaces.

And somehow, we are supposed to accept insane and unethical decisions from policymakers, such as the New York City mayor’s recent decision to lift vax mandates for professional athletes and performers but not for police officers.  (Along with countless other cities, NYC also recently ended its proof-of-vax requirement to enter businesses in the city.)

Thousands of people, especially healthcare workers, have quit or lost their careers because of these insane mandates that cities are now dropping like hot potatoes – a painful pill to swallow for many working American families.

(NaturalHealth365)  The telecommunications industry has rolled out 5G connectivity quite inconspicuously.  The END_OF_DOCUMENT_TOKEN_TO_BE_REPLACED