Aspirin and ibuprofen proven to cause heart attacks 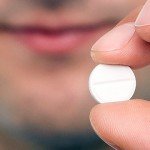 (NaturalHealth365) A groundbreaking study presented at the Annual Congress of the European League Against Rheumatism provided compelling data proving that non-steroidal anti-inflammatory drugs (NSAIDs) like aspirin and ibuprofen can cause heart attacks.

At the conference, Dr. Carl Orr from the Department of Medicine, Royal College of Surgeons, stated:

The side effect profile and safety of NSAIDs has been commonly reported, but little is known about treatment duration and its implications for cardiovascular risk. This data demonstrates an immediate increase in the risk of death and MI [heart attack], challenging the safety of even short-term use. The introduction of physician guidelines to assist safe prescribing of this class of drug is vital, and the only way to keep patient safety at the forefront of disease management.

Software was used to analyze 10,000 patients registered with a large primary care facility who fit the following profile:

• Over 50 years old.
• Had been prescribed NSAIDs in the past.
• Was previously diagnosed with ischemic heart disease, diabetes mellitus and/or hypertension.

Computer generated data discovered that in late 2012 108 patients were prescribed NSAIDs over a two-month period and 36 percent had established ischemic heart disease or risk factors for cardiovascular disease. It’s also interesting to note that the average treatment prescribed was 265 days, 56 percent were prescribed NSAIDs for longer than one month, and 15 percent for a year or longer. In addition, in 55 percent of cases, diclofenac was the NSAID prescribed.

This last point has caused much concern due to diclofenac’s well-known side effects including heart attacks, strokes and internal bleeding. Disheartened, Dr. Orr subsequently concluded, “We find it disconcerting that diclofenac was prescribed in 55 percent of cases and suggest that recommendations to switch to safer alternatives are a critical component of any physician guidelines.”

Research is mounting against NSAID use

Dr. Orr’s study is not sitting alone on some obsure island. Scores of studies have been and are being published correlating significant health risks to common pain killers. Just this past May 30, for example, the world-renown journal Lancet published the results of the famous Coxib and traditional NSAID Trialists’ (CNT) Collaboration – a study in which data was employed from more than 350,000 randomized patients.

From their research, the authors confidently concluded:

• Heart failure risk was roughly doubled by all NSAIDs.
• All NSAID regimens increased upper gastrointestinal complications.
• Major vascular events were increased by about a third by a coxib [Cox-2 inhibitor], chiefly due to an increase in major coronary events.

Ironically, NSAIDs have been heralded by the medical community for their ability to prevent heart attacks and strokes because they supposedly help prevent blood clots from forming in the blood stream. In fact, while waiting for the emergency response team to arrive, it is common practice for physicians to provide patients with aspirin if they are suspected of having a heart attack in their office.

Let’s not forget the biggest issue with taking NSAIDs

NSAIDs are the most prescribed medications in the world and are among the most common pain relievers globally. It is believed that up to 30 million people take NSAID’s every day. Used to reduce arthritis complaints, fever and swelling NSAIDs are Cox-1 and Cox-2 enzyme inhibitors. By blocking these enzymes, the prostaglandin cascade is inhibited and the body’s natural inflammatory response is prohibited; thus keeping pain, swelling and fevers at bay, but not addressing the root cause of the disease process.

There are safer alternatives to NSAIDs

A plethora of safe, natural alternatives exist so you don’t need to feel pressured to use NSAIDs. Contact your local natural health provider today to see what works for you. And, don’t overlook the power of natural foods to reduce inflammation – like eating plenty of fruits and veggies – loaded with antioxidants like vitamin C.

Looking for natural health solutions? Sign up now – for our free, weekly show featuring the greatest minds in natural health and science plus a free gift!

Low-risk drinking is slowly killing us, and it’s completely “normal”

(NaturalHealth365) Low-risk drinking isn’t a phrase that we hear too often. Culturally, END_OF_DOCUMENT_TOKEN_TO_BE_REPLACED

When antidepressants are failing you, it’s time to make this change

(NaturalHealth365) Depression and other mental health imbalances are incredibly debilitating for suffers. END_OF_DOCUMENT_TOKEN_TO_BE_REPLACED

(NaturalHealth365)  No doubt, Big Pharma does not want you to see this END_OF_DOCUMENT_TOKEN_TO_BE_REPLACED

(NaturalHealth365) Traditionally, it takes 15-20 years to develop a vaccine and get END_OF_DOCUMENT_TOKEN_TO_BE_REPLACED