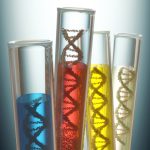 (NaturalHealth365)  Did you know?  A vax is not intended to protect against diseases – at least not according to the Centers for Disease Control and Prevention (CDC), which now insists that vaxxes are only meant to “stimulate the body’s immune response against diseases.”  Understandably, the CDC transitioned to a doublespeak definition of this type of drug, of course, since the COVID mRNA shot fiasco has made at least one thing clear – these shots from Pfizer and Moderna do not stop transmission nor infection.

But even with this abject failure to “end the pandemic” by injecting people with a brand new drug (a drug that has absolutely zero long-term safety data), Moderna is now reportedly in the process of using the same new tech to create shots for other health conditions.

A long history is no guarantee of quality or transparency, at least not for drug companies.  Pfizer, for example, was founded way back in 1849, yet famously forked over the largest criminal fine in U.S. history in 2009, paying out $2.3 billion for fraud and illegal drug promotion, among other charges.

And yet: Moderna was only recently founded in 2010.  Perhaps more notable is that the company had literally no approved pharmaceutical products before the pandemic.

In some ways, this perpetual push to develop and rapidly disseminate new drugs is like a dog chasing its own tail, especially when considering the long list of adverse effects associated with these mRNA jabs.  One study published in April 2021 in Rheumatology even provided data that revealed a “reactivation” of the herpes zoster virus in some people who received the mRNA COVID shot from Pfizer.

Herpes zoster is the virus associated with shingles.

Like Pfizer, Moderna certainly isn’t drawing too much energy away from its highly profitable COVID shot, despite looking to expand its use of mRNA gene therapy already.

As reported by NPR, Moderna announced on March 17 that it would be seeking Emergency Authorization Use (EUA) from the U.S. Food and Drug Administration (FDA) for a fourth dose of its mRNA COVID-19 shot for all people over the age of 18.  In a company statement, Moderna claimed that it decided to push for dose 4 by analyzing Omicron variant data from the U.S. and Israel.

NPR quotes former chief FDA scientist Dr. Jesse Goodman as an example of the waves of skepticism against yet another booster shot.  “I think you’d want to have really convincing evidence that a second booster was needed and beneficial, and we just don’t have that.”

(NaturalHealth365)  In yet another sign of the seemingly inevitable apocalypse, Moderna and END_OF_DOCUMENT_TOKEN_TO_BE_REPLACED