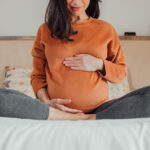 (NaturalHealth365)  First, it was menstrual problems, and now, it’s current and future issues with fertility and pregnancy.  Despite being told repeatedly that these COVID shots are “safe and effective” for virtually everyone in the world age 6 months and up, it turns out that not all officials are beating the same drum.

Indeed, a recently updated report from the United Kingdom continues to advise against COVID shots for pregnant and breastfeeding women.

The UK’s Medicines and Healthcare products Regulatory Agency (MHRA) is an executive agency of the Department of Health and Social Care in the United Kingdom.

MHRA has been regularly publishing and updating its recommendations surrounding the COVID shots since December 2020, when the shots first rolled out.  In their most recent summary, updated November 2022, they maintain that due to an “absence of reproductive toxicity data,” women who are breastfeeding and pregnant should NOT receive the COVID vaccine.

“The absence of reproductive toxicity data is a reflection of the speed of development [of a COVID vaccine] and its rapid development to meet the ongoing urgent health need.  In principle, a decision on licensing a vaccine could be taken in these circumstances without data from reproductive toxicity studies animals, but there are studies ongoing and these will be provided when available.  In the context of supply under Regulation 174, it is considered that sufficient reassurance of safe use of the vaccine in pregnant women cannot be provided at the present time: however, use in women of childbearing potential could be supported provided healthcare professionals are advised to rule out known or suspected pregnancy prior to vaccination.  Women who are breastfeeding should also not be vaccinated.” (emphasis ours)

One hypothesis as to how and why COVID shots could be unsafe for current, and even future pregnant women could be related to the spike proteins produced by an injected person’s body.  The theory holds that the mRNA-induced spike proteins might actually have an antibody effect against placental proteins, compromising essential compounds needed for healthy placental development (although this theory has not been “proven” yet).

Surely, despite these unknowns, plenty of individuals would still elect to take these COVID shots as they weigh their unique risk vs. benefit ratio.  Such would be their right to do so.  But when the above information isn’t transparently shared, the question becomes: how could anyone truly give their informed consent to these jabs?

Women deserve informed consent: so why are they being coerced into taking drugs that have unclear risks on menstrual cycle, pregnancy, and fertility?

Of course, fertility and pregnancy are closely tied to a woman’s menstrual cycle.  And we all remember earlier in the pandemic when thousands of women around the world cried out to be heard after they noticed unusual changes in their menstrual cycles after getting the gene-based injections.  These women were downplayed, accused of being fear-mongering conspiracy theorists, and told that their excessive or breakthrough bleeding was related to “stress.”

When a recent study in Science Advances acknowledged that unusual changes in menstruation DO indeed occur following COVID injections for a significant number of women, the research was celebrated as vindication for women.  But even these scientists couldn’t help downplaying their findings, stating that “changes to menstrual bleeding are not uncommon or dangerous” but that giving “attention to these experiences is necessary to build trust in medicine.”

As if that’s all that really matters: making sure people still are willing to “follow the science,” even though they’re noticing incredibly unexpected and unusual adverse effects from the drugs that they’re being told to take en masse and without question!

(NaturalHealth365)  Is the COVID shot necessary for kids?  We know most people END_OF_DOCUMENT_TOKEN_TO_BE_REPLACED

(NaturalHealth365)  As Big Pharma rolls out one COVID booster after another, a END_OF_DOCUMENT_TOKEN_TO_BE_REPLACED